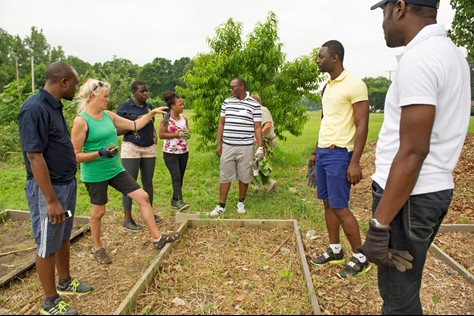 Takunda Chingonzo was wearing a shirt with an ND logo as he stood in line at the Indianapolis Black Expo in July. You might guess what happens next: The guy in front of him is a Domer and strikes up a conversation. Chingonzo tells the alum he’s from Zimbabwe on his first trip to the U.S. That he’s studying at Mendoza for six weeks through the Young Africa Leaders Initiative (YALI) Mandela Washington Fellows program. That he’s an entrepreneur with two successful technology startups under his belt and one in development. And that he’s 21 and still in college.

Intrigued, the alum invites him to dinner. A few hours later, Chingonzo has an investor for his startup, Saisai, and another connection to the Notre Dame network.

If Chingonzo has an uncanny energy that attracts unexpected opportunities, the YALI program was the right place at the right time. Less than a month after meeting the alum in Indianapolis, Chingonzo was the YALI participant chosen out of 500 to interview President Barack Obama in Washington, D.C. In front of leaders from 50 African countries at the U.S.-Africa Leaders Summit, Chingonzo respectfully but firmly questioned Obama about targeted sanctions against Zimbabwe that are unintentionally hurting entrepreneurs there.

In the end, Obama promised to address the matter and even gave Chingonzo a plug: “If any of you are interested in investing in this young man, let him know,” the president said before hugging Chingonzo.

Of course, investing in Chingonzo, in YALI and, ultimately, in Africa makes tremendous sense. As Africa expands on a global economic stage, much is at stake regarding health, human rights, security and other areas. In particular, the need for business leadership and entrepreneurship training is paramount, especially on a continent where 60 percent of the population is under 35.

YALI, a signature program launched this year, seeks to strengthen young leaders as they address these issues in sub-Saharan Africa. 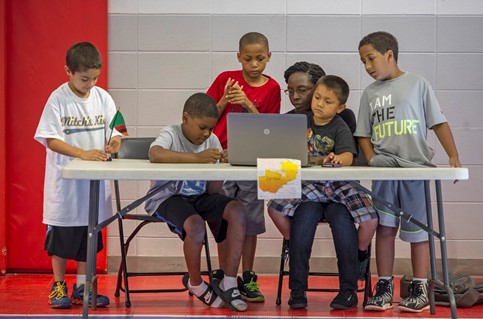 The fellowship enlists top U.S. educational institutions, including the University of Notre Dame, to provide immersive training in business and entrepreneurship, civic engagement and public administration to 500 fellows. This year’s program ran from June 16 to July 25, after which participants attended the summit in Washington.

The 500 fellows, selected from 50,000 applicants nationwide, wielded significant experience: 75 percent hold an executive or mid-level position; 39 percent operate their own business; 48 percent have graduate degrees; and 25 percent work for a nongovernmental organization, according to a White House fact sheet.

Entrepreneurship is critically important on a continent where 72 percent of young people make less than $2 a day according to the Rockefeller Foundation. Without new startups, there simply isn’t enough existing commerce to provide jobs to a vast population suffering food scarcity and dire poverty. In an interview with National Public Radio, Notre Dame fellow Enitan Kuku of Nigeria explained the desperation or employment she sees every day.