Personality Research Chosen as Most Significant

Timothy A. Judge, the Franklin D. Schurz Professor of Management, recently received the 2014 Scholarly Achievement Award, given by the Human Resource Division of the Academy of Management for the most significant article in human resource management published during 2013.

Judge and co-authors were honored for their paper, “Hierarchical Representations of the Five-Factor Model of Personality in Predicting Job Performance: Integrating Three Organizing Frameworks with Two Theoretical Perspectives,” published in the Journal of Applied Psychology. The winning research paper is selected by a committee of leading scholars in human resources. Criteria for the Scholarly Achievement Award includes the significance and importance of the problem to human resources; the extent to which the findings advance research or theory; and the likelihood that the paper will be widely cited in future published works.

The research, said Judge, shows that while our personalities are often described in broad terms (someone is introverted or extroverted), the more specific nuances are often more meaningful. “Most of us show some features of being extraverted at the same time—for example, the same person might be talkative and ambitious, but also cool and aloof. We found that these more specific nuances better predicted behavior at work, including job performance, than the broad-brush traits.” 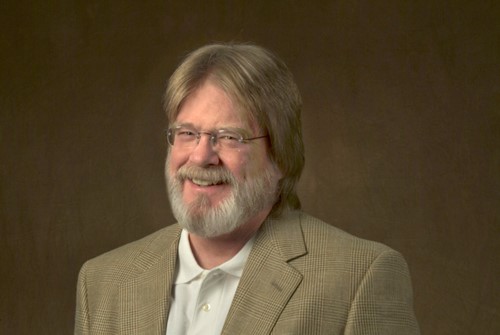 John F. Sherry Jr. has been named as a recipient of the 2013 Sheth Foundation/Journal of Marketing Award for his research examining how organizations change to become more market-oriented.

Sherry, the Raymond W. & Kenneth G. Herrick Professor of Marketing at the Mendoza College of Business, co-authored the article with Gary F. Gebhardt of HEC Montréal and Gregory S. Carpenter of Northwestern University. “Creating a Market Orientation: A Longitudinal, Multifirm, Grounded Analysis of Cultural Transformation” appeared in the October 2006 (Volume 70, Number 4) issue of the Journal of Marketing.

The Sheth Award honors articles that have made long-term contributions to the discipline of marketing. It recognizes scholarship based on the benefits of time and hindsight, and acknowledges contributions and outcomes made to marketing theory and practice. 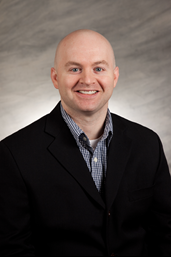 Ken Kelley, the Viola D. Hank Associate Professor of Management, received three significant research recognitions during the summer. Kelley was awarded a “best paper” award from The European Society of Methodology for his co-authored paper, “Estimation and Confidence Interval Formation for Reliability Coefficients of Homogeneous Measurement Instruments,” published in the Journal Methodology in 2012-2013. The award recipient is selected by a jury as the best paper published in the journal’s last two volumes.

Kelley also was chosen as the Anastasi Early Career Award winner from the Measurement, Evaluation, and Statistics Section of the American Psychological Association, and as a fellow of the American Psychological Association, within the division of Measurement, Evaluation, and Statistics Section. Both of these honors are given in recognition of his body of research work.

Kelley’s research is in the area of quantitative methodology, where he focuses on the development, improvement and evaluation of statistical methods. His specialties are in the areas of research design, longitudinal data analysis, effect size estimation and confidence interval formation and statistical computing.

Samuel Miller took over as the director of the Gigot Center for Entrepreneurship in July after previous director, Jeff Bernel, retired. Miller, who joined Mendoza in 2008, helped develop the College’s signature undergraduate research course, “Foresight in Business and Society.” He currently serves as a concurrent associate professional specialist in management, teaching courses in strategic foresight at the undergraduate and graduate levels.

Prior to joining the Mendoza faculty, Miller served as vice president of strategy for JFNew, a leading ecological consulting firm where he led innovation and strategic initiatives. In his 25-year career, he has held strategic management roles in Fortune 500 companies and has been a successful entrepreneur. In 2009, BusinessWeek magazine recognized Miller as one of “21 People Who Will Change Business.” He holds a Master of Science in Product Development Engineering from Northwestern University, an MBA from the University of Michigan, and a BA in Economics from the University of Illinois.