THE WATCHERS ON THE WALL

Gottlieb and Vives soon discovered that despite Bell’s endemic poverty, its public officials were among the best-paid in the country. Its chief administrative officer, Robert Rizzo, made nearly $800,000 a year — more than triple the salary of L.A.’s mayor — with a guaranteed 12 percent annual pay raise. The police chief brought home $457,000. City council members were making $100,000 salaries for meeting once a month.

In the wake of the L.A. Times investigation, which won a Pulitzer Prize, seven Bell officials were convicted on graft and corruption charges. Rizzo was sentenced to 12 years in prison and ordered to repay $8.8 million to the city. But the question remained: Why had it taken so long for the blatant corruption in Bell to come to light?

The simple answer is that Bell is one of the growing number of cities across the country without a single local journalist to cover city council meetings or the other routine business of local government. 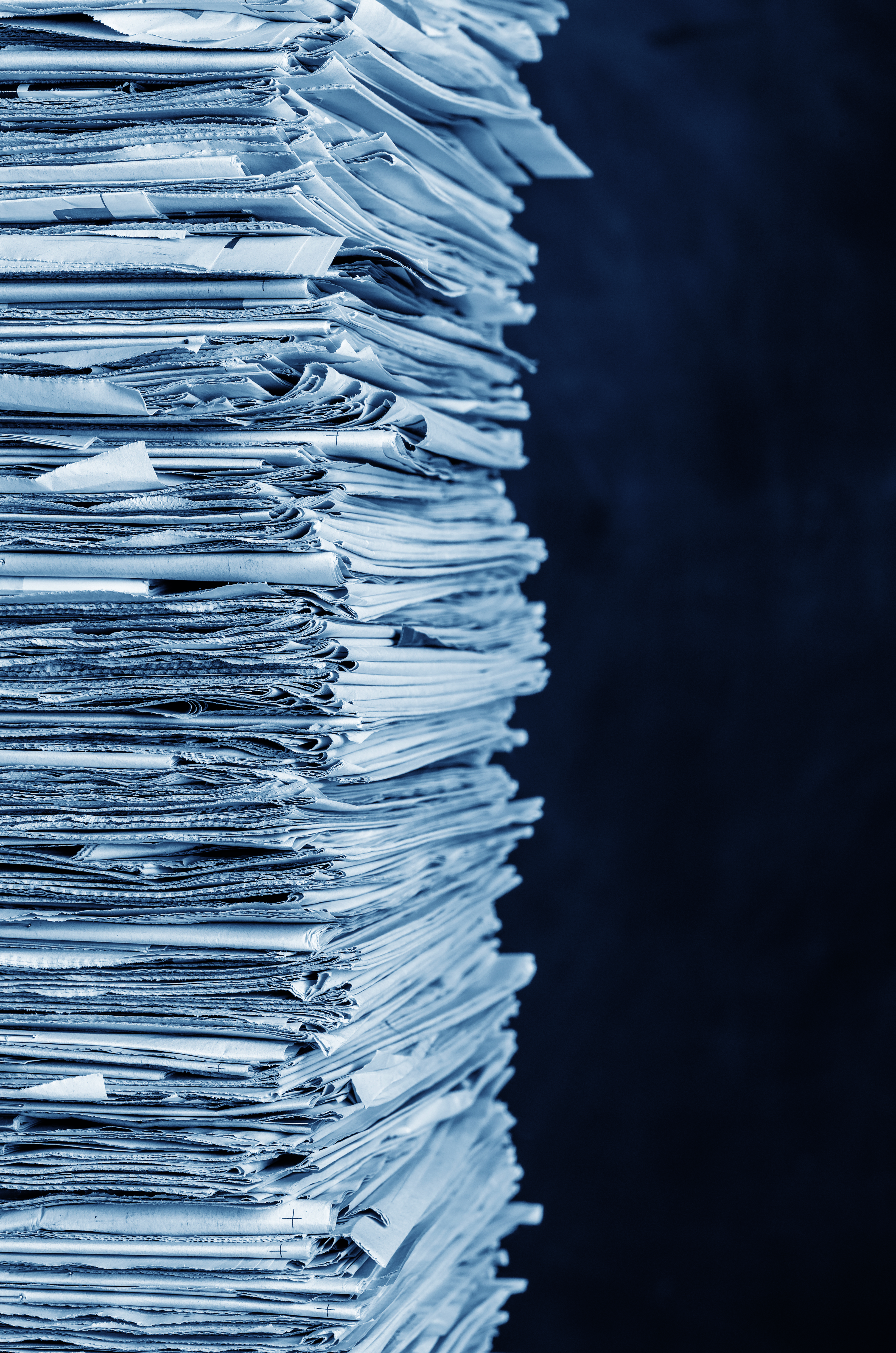 According to the Pew Research Center, American newspaper circulation declined approximately 27 percent from 2003 to 2014. The number of reporters covering state governments fell 35 percent over the same period. The Bell Industrial Post, a weekly community newspaper founded in 1924, covered the city until it went out of business in 1998 — around the same time the city hired Robert Rizzo.

“The local community papers in California started to vanish in the 1990s as they got eaten up by larger chains,” said Terry Francke, the general counsel for Californians Aware, a nonprofit group that promotes government transparency. “These days, if a small town doesn’t do something to raise regional media attention, it can pretty much keep its head down and pay people whatever it pleases.”

In 2016, comedian John Oliver dedicated a segment of his weekly HBO show to the problem of disappearing local newspapers. One of the people watching was Mendoza finance professor Paul Gao.

“I said, ‘Hmm, this is interesting,’” Gao recalled. “I’m not a journalist, but I am an economist, so that’s how I started thinking about this.” Gao’s academic expertise is in municipal bonds — money borrowed by local municipalities to pay for infrastructure projects and other government spending. What effect, if any, Gao wondered, did the loss of a local newspaper have on municipal borrowing costs?

Gao and his two co-researchers, Chang Lee and Dermot Murphy of the University of Illinois-Chicago, hypothesized that cities that lost a newspaper would see their borrowing costs go up because investors would have less information about the quality of local government. “People say that muni markets are the darkest corner of the financial markets,” Gao said. “It’s a very opaque market.” Because investors have so few reliable sources of information about the riskiness of municipal bond issues, local newspapers are especially valuable.

To test their hypothesis, Gao and his colleagues collected data on the 1,596 American newspapers that published at least four times a week and operated at some point between 1996 and 2015. Over that time frame, 152 of the newspapers turned non-daily (i.e., dropped from four to three days a week), 68 closed or were absorbed by another newspaper, and 59 merged to form a new paper. (The number of newspapers launched during this period was negligible.)

Next, the researchers looked at municipal bond data for counties that lost newspapers during this period. They discovered that municipal borrowing costs increased by 5 to 11 basis points (a hundredth of one percent) for counties that lost a newspaper. They also found that these counties suffered from increased government inefficiency — as measured by higher government wages, more employees and higher tax revenue per capita — in the wake of a newspaper closure.

To make sure the higher borrowing costs weren’t the result of the same deteriorating economic conditions that caused the newspaper to go under, they checked their results against neighboring counties with similar population size. Sure enough, only the counties that lost one or more newspapers suffered the increase in borrowing costs.

“Five to 11 basis points may not sound like a lot, but the average deal size for muni bonds is about $65 million,” Gao said. “So a change of 1 basis point results in a difference of $65,000 dollars over 10 years. That’s quite a lot of money.”

One of the metropolitan areas studied by Gao and his colleagues was Denver, Colorado. For decades, Denver had two daily newspapers, the Denver Post and the Rocky Mountain News. At their peak, the two newsrooms had a combined editorial staff of at least 400 people, estimates former Rocky Mountain News editor, president and publisher John Temple. But in 2009, the Rocky Mountain News’ owner, E.W. Scripps, closed the paper after failing to find a buyer, citing declining advertising revenue.

Two of the biggest local stories during Temple’s time leading the Rocky Mountain News were the construction of a new Denver airport and a major expansion of the city’s light rail system. Both projects were largely financed by municipal bonds, and both received heavy oversight from the city’s two daily newspapers over issues like the quality of the airport’s concrete runways and whether the city was paying too much to acquire the right-of-way for new rail lines.

“Those were two huge bond projects that have sort of defined the Denver metro area,” Temple said. “They got a lot of coverage, and there was a tremendous awareness from the builders that they were going to be under scrutiny from us, and that the prices they paid would have to be justified.”

The closure of the Rocky Mountain News handed the Denver Post a de facto monopoly in the city. In 2010, the paper was purchased by a New York-based hedge fund, Alden Global Capital, which, facing no competitive pressure, proceeded to systematically downsize the newsroom through round after round of demoralizing layoffs. Today, the Post is down to about 60 journalists — roughly one-sixth the number who were covering the city just a decade ago. This, despite the fact that Denver remains one of the fastest-growing and most economically vital cities in the country.

Gao and his colleagues found that following the Rocky Mountain News’ closure, the average yield spread for newly issued municipal bonds in Denver increased by 37.1 basis points, despite continued growth in population and per capita income. With fewer journalists scrutinizing Denver’s government, Wall Street became warier of purchasing the city’s bonds, demanding a higher return on its investment.

Of course, newspapers aren’t the only game in town: Denver also has the alt-weekly Westword, the lifestyle magazine 5280, and a number of local television news stations. It’s one of seven locations covered by the education news website Chalkbeat, a donor-funded nonprofit. Similar online-only news organizations have popped up around the country, often staffed by laid-off newspaper editors and reporters.

Among them is John Temple, the Rocky Mountain News editor. After the paper’s closure, Temple moved to Hawaii and helped launch Honolulu Civil Beat, a donor-funded, online-only news site. The timing couldn’t have been better. Like Denver, Honolulu had just lost its second daily newspaper after the merger of The Honolulu Advertiser and the Honolulu Star-Bulletin. Today, the website has a staff of about 20 journalists.

“There’s no question that a digital outlet can really contribute to public affairs reporting,” said Temple, who now teaches journalism at the University of California-Berkeley. “But it’s fair to say that these publications have a much smaller audience, so they don’t necessarily have the impact that a newspaper can have. There’s just something about the front page of a newspaper to get people’s attention.”

Gao agrees that alternative information sources have yet to replace newspapers as effective government watchdogs. “Alternative media is not filling the vacuum caused by these newspaper closures,” he said. “They don’t necessarily cover local news stories. And they want to run the business efficiently. How do you do that? Well, you just don’t hire so many news reporters. Information production is costly.”

He’s especially skeptical of the notion that ordinary citizens can perform the same job as trained newspaper reporters. Many journalists agree, including Jeff Gottlieb, the L.A. Times reporter who helped break the Bell scandal. “When something goes wrong with your pipes, you call a plumber,” he said. “You call people who know what they’re doing. I’m very supportive of anyone who wants to do citizen journalism, but at the same time, I don’t think you can expect someone like that to do the job of a trained, experienced journalist.”

Even the L.A. Times, which broke news of the Bell scandal and is among the most respected news outlets in the country, is facing peril. The paper has gone through several ownership changes in recent years and was recently purchased by billionaire entrepreneur Patrick Soon-Shion. When Jeff Gottlieb was hired, the paper had around 1,200 journalists; today, the newsroom is down to about 400. “There has been a continued exodus of talent,” he said. “They still do some great work, and I think there’s a great deal of optimism with the new ownership. The thing I wonder about is what happens when we hit the next recession.”

Gottlieb believes the corruption in Bell may have continued for years if not for the Times’ reporting. “The Bell coverage that we did was a great example of the importance of newspapers in uncovering wrongdoing in these cities. Who else is going to cover the city council? Without newspapers, who’s the watchdog? Politicians know that if nobody’s looking at them, they have free rein.”

For his part, Gao is just happy that he and his colleagues were able to put a dollar figure on the value of newspapers to their local communities. Their research has received wide exposure, with stories in Bloomberg, The Guardian and even the L.A Times itself.

“There are many ways of thinking about how efficiently the government operates, but borrowing cost is a simple and objective metric, because it’s a price,” Gao said. “We want to convince finance professors, who are always very skeptical about these things, that newspapers really do play an important role. Journalism is like air — you don’t think about it normally, because you’re breathing it every day. You only notice it when it’s gone.”