Ecuadorian roses are renowned for being the biggest — and some say the most beautiful — in the world. 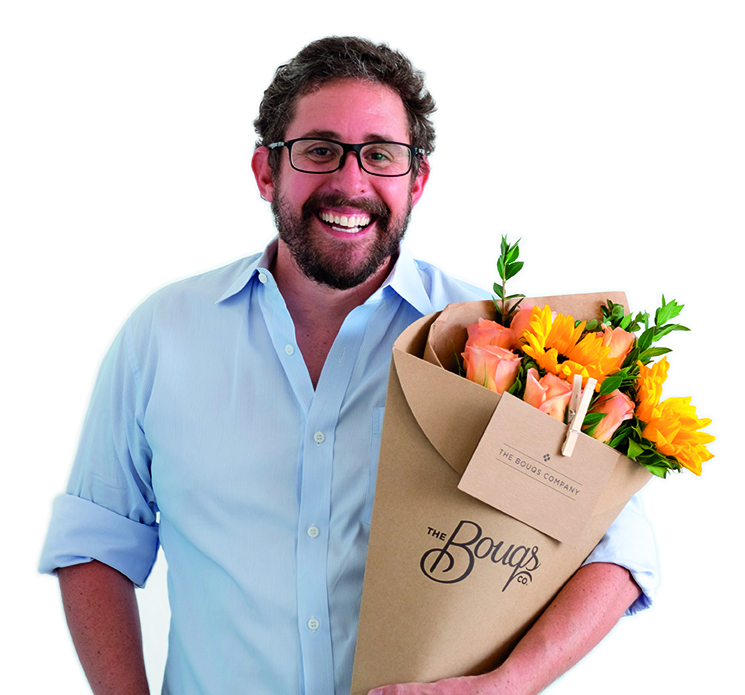 They grow in an ideal combination of conditions, explained Juan Pablo “JP” Montúfar (MBA ’07, ’00). “By being on the equator, you have year-round luminosity that is intense and always the same. Then you’ve got volcanic waters that have the proper pH and the proper nutrients, so the soil is good. But probably the most important thing is the altitude.” At about 10,000 feet, Ecuadorian rose farms yield fewer stems than sea level farms — but the blooms are bigger and brighter.

A third-generation Ecuadorian farmer, Montúfar now shares the bright, beautiful blooms he loves with customers throughout the United States as chief floral officer for The Bouqs Company (Bouqs.com), an eco-friendly online floral retailer he co-founded in 2012 with his college friend John Tabis (BBA ’00).

After studying biochemistry at Notre Dame and returning for an MBA several years later, Montúfar moved back to his home country in 2011 to run sales and operations on a major rose farm. He loved that the farm made an effort to grow ethically — paying workers fairly and limiting environmental waste — but was frustrated to see those efforts stymied by what struck him as a bloated, wasteful supply chain.

The roses had to pass through exporters, importers, wholesalers and florists (not to mention third-party companies that took a cut from online orders). Anywhere between 30 to 50 percent of the stems, according to industry estimates, died before they were sold. Those that survived were often weeks old by the time they reached the customer, who had no idea where their blooms originated or their growing conditions.

Montúfar experimented with shipping a small portion of the farm’s stems directly to florists, bypassing most of the established supply chain. The arrangement worked well. He had almost everything he needed to ramp up this new business model — a farming background, Notre Dame degrees and on-the-ground experience with farm operations and logistics. But branding and marketing were not his strengths.

That’s when he called Tabis. They met in 1996 as freshmen in Dillon Hall and performed in a ’90s cover band with several other friends throughout college. With Montúfar on guitar and Tabis on vocals, they played everything from Prince to the Backstreet Boys at parties, AcoustiCafé in LaFortune, and the Battle of the Bands at Legends, which they won their senior year. They remained close after graduation, as Tabis put his finance degree to work with Bain & Company, earned an MBA at UCLA and worked in corporate brand strategy at Disney. 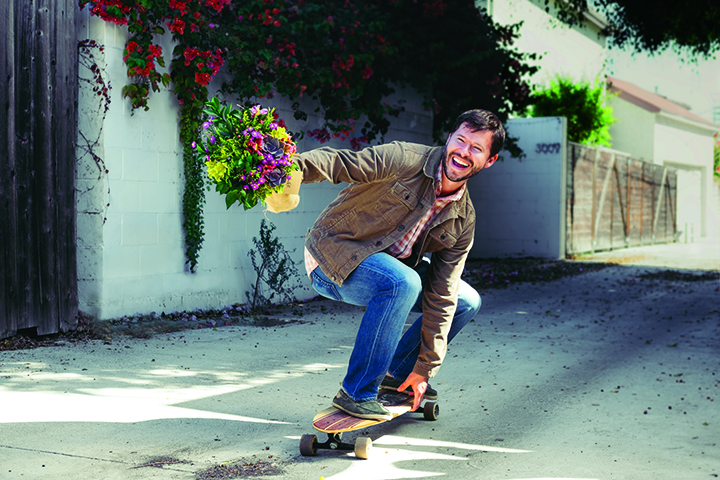 When Tabis heard Montúfar’s business solution to existing floriculture supply chain issues, he saw even more opportunity. “You have all these inherent externalities that are really bad for the world and for the product,” Tabis said. “What if we took his model, and used technology and a branded marketing plan to actually drive demand?”

“We ended up eliminating the waste, freshening up the product significantly, and rewarding the farmers for the really hard work they do when they invest in land and labor.”

They launched Bouqs using this model, shipping ethically grown bouquets from about 100 partner farms directly to customers. The arrangements, which are assembled at the farms, are designed at the company’s California headquarters.

Bouqs requires its partner farms, most of which are in Ecuador, Colombia and the U.S., to obtain certification from third-party sustainability organizations such as the Rainforest Alliance or Veriflora.

At a minimum, on the labor side, farms must pay minimum wage and overtime, and all workers must be older than 18. By eliminating the supply chain, Tabis said Bouqs pays farmers an average of 20 percent more per stem.

When browsing Bouqs.com, customers can see information about each bouquet’s origin farm and certifications, and even in many cases the person who cut the flowers. “It doesn’t necessarily mean that if you buy from somebody else, they’re irresponsibly growing,” he said. “But it could be a mix of different farms, different times, different places, different labor conditions. The supply chain does get convoluted and it’s really difficult to trace the source of a particular stem.”

In addition to sustainability and transparency, Bouqs entices customers with a beautiful website and innovations such as a scheduling tool to lock in the best pricing for future holidays and anniversaries.

Tabis credits Bouqs’ success to three factors: Its unique business model, the co-founders’ complementary skill sets, and their ability to raise $43 million in funding. “There are four or five other floral startups that have come around either right before or right after us,” he said, “and none of them have cracked 10 or 15 percent of our size because of one of those factors.” 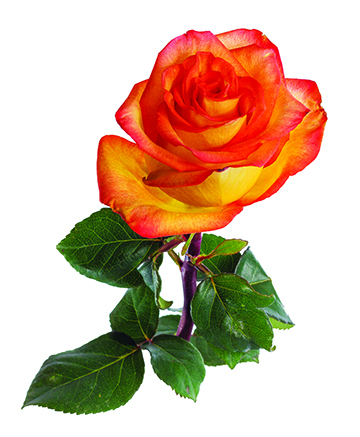 Bouqs has delivered more than 38 million stems since launching, including 16 million roses. Although Tabis failed to win over the investors during his 2014 appearance on ABC’s Shark Tank, he made a lasting impression on one of them. Robert Herjavec ordered his wedding flowers from Bouqs three years later — and came away so impressed he invested in their next round. When Tabis filmed an update for the show earlier this year, he announced the company had generated $88 million in revenue since his first appearance.

“I think that floriculture can be a noble industry. It’s a labor of love,” said Montúfar. “When you’re in it, you’re in it. You have to love it and hate it at the same time. Everybody and everything is against you: The weather is never right; transportation is never right; trade between governments is never right.” Because cut flowers have a shelf life of about three weeks, “You have, like, three days to try to place your product in a proper home.”

But he loves visiting Bouqs’ partner farms, helping spread innovations and best practices from farm to farm, and working with worldwide “best in class” Ecuadorian roses. “You have this beautiful product that provides so much employment, especially to uneducated folks who are prevalent in Ecuador, and especially to women,” he said. “One of the things the growers are proud of is that none of the field teams’ kids are going to work in flowers, because the next generation can have a higher education.”

“At the end of the day, you’re commemorating all these moments for all these people,” he said. “Whether it’s a very happy moment or a very sad moment, people sort of amplify that emotion in flowers. And so as difficult as it is, flower people are flower people for life.” 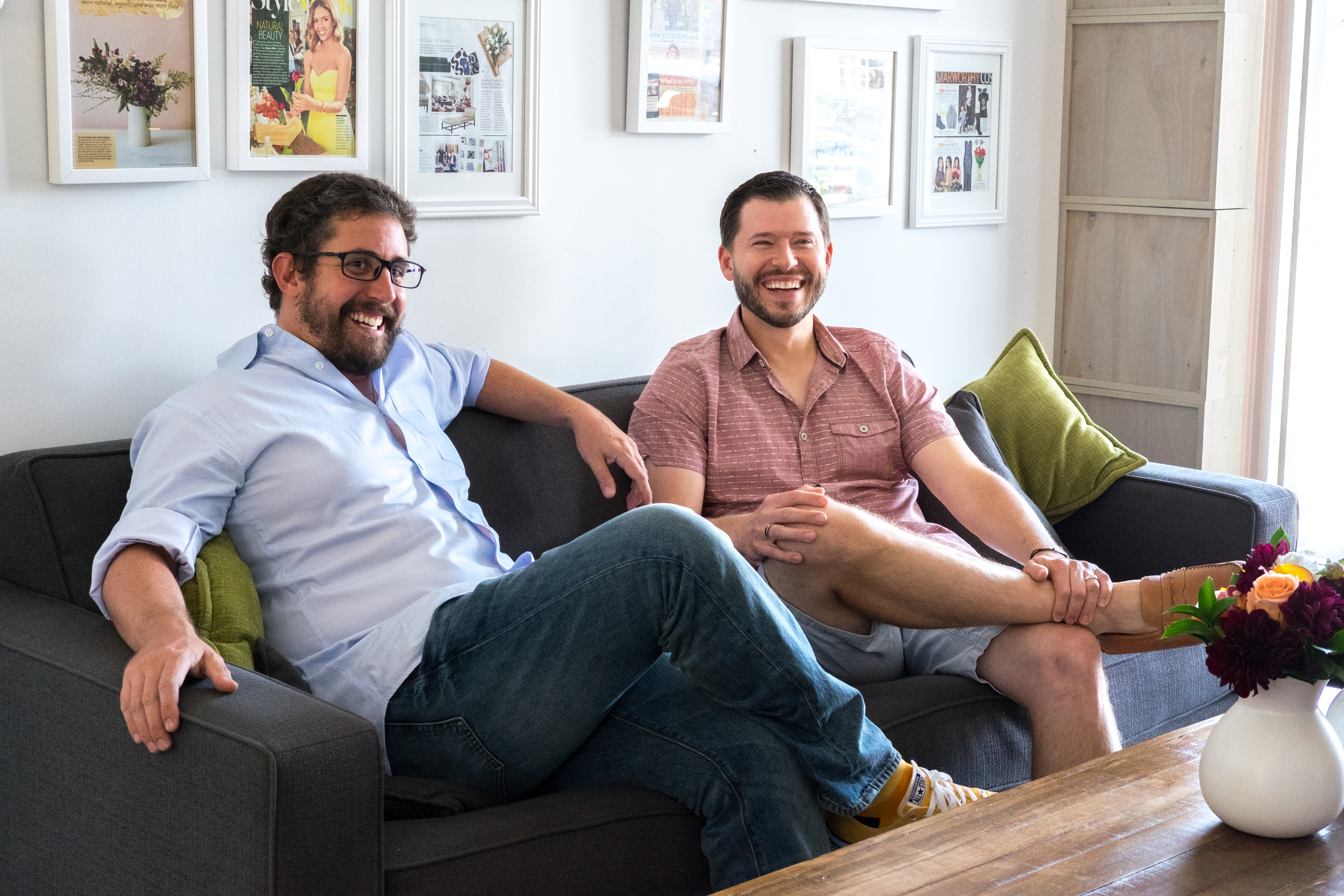 THREE THINGS TO NEVER, EVER DO IN THE SHARK TANK
(according to John Tabis)