Research - THE ROAD NOT TAKEN

NEW RESEARCH SUGGESTS THAT HALF OF ALL WORKERS SPEND TIME THINKING ABOUT ALTERNATIVE CAREERS THEY MIGHT HAVE CHOSEN — WITH POTENTIALLY DEVASTATING RESULTS FOR THEIR PRODUCTIVITY.

Two roads diverged in a yellow wood,
And sorry I could not travel both
And be one traveler, long I stood
And looked down one as far as I could
To where it bent in the undergrowth . . .

Denise always loved reading. She was happiest with her nose buried in a book and dreamed of being an editor at a publishing house, but economic realities compelled her to take a higher-paying job as a business administrator. Jerome wanted to be a therapist, where he could use his natural empathy to help people improve their lives, but gave up to become an office manager. Both feel bored at their jobs and frequently find themselves wondering what might have happened if they had followed the other career — the “road not taken” of Robert Frost’s famous 1915 poem.

Nearly everyone comes to a similar crossroad in their professional life. Follow your passion or take the money? Go to graduate school or enter the workforce? Gamble on an exciting career in a competitive industry or play it safe with a reliable job in a stable field? 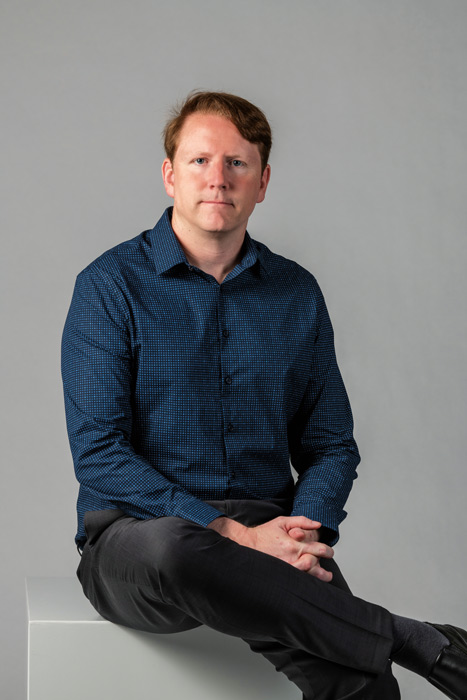 Jason Colquitt, the Franklin D. Schurz Professor in the Department of Management & Organization, along with his two co-authors, examined the consequences of such choices in a path-breaking research paper forthcoming in the Academy of Management Journal.

“In your working life, there often comes this fork-in-the-road moment when you can either choose this occupation or that occupation,” Colquitt said. What happens, Colquitt and his co-authors wondered, to people after they make their choice? Do they move on with their lives or do they dwell on what might have been?

The lead author on the paper is Rachel Burgess — a University of Georgia doctoral student who’s now on faculty at Arizona State. She got the idea while doing her own theorizing on identity and reflecting on her decision to forgo a human resources path in favor of Ph.D. study. The paper’s third author, Erin Long, originally wanted to be a veterinarian. Colquitt himself contemplated becoming a management consultant before entering a doctoral program and eventually becoming a professor.

Most researchers who study work identity describe a linear progression. Although it may take time for people to settle into a new job, it’s widely believed that they eventually arrive at a coherent sense of themselves as an IT professional, dentist, teacher or something else. The researchers, on the other hand, wanted to study the lingering traces of what are termed “foregone identities” — careers set aside along the way. Butterflies may not spend their time wishing they were still caterpillars, but a bored dentist may regret giving up her acting career, and a broke actor may regret not going to dentistry school. How common is such longing for the road not taken?

Extremely common, as it turns out. “About half the people out there are thinking about this stuff on a pretty regular basis,” Colquitt said. The researchers arrived at that conclusion after conducting rigorous field and experimental studies that included surveying hundreds of working adults across the United States about their careers and work habits. (Denise and Jerome are the pseudonyms of real research subjects.) Participants were asked to describe alternative careers they might have pursued and how often they dwell on those foregone identities. “Sometimes they made the choice because of family, sometimes it was geography, sometimes it was labor market realities,” Colquitt explained. Many were happy with the choice they made; others longed for the path not taken.

The researchers found that the more time people spent thinking about their foregone identity, the more they disengaged from their current identity. They were less productive at work, less likely to volunteer for assignments and less willing to help out their colleagues. “You come in late, you take a longer lunch break, you’re browsing the internet at work,” Colquitt said. He describes such behaviors as “gateway drugs” to more severe forms of withdrawal, such as calling in sick or quitting one’s job. Given that nearly half of American workers appear to long for a foregone identity, the consequences for overall economic performance are substantial.

The prevalence of such job dissatisfaction poses major challenges for managers. “If you have 10 people reporting to you, then five of them are likely thinking about their past careers on a regular basis,” Colquitt pointed out.

Rather than dismissing such employees as lazy malingerers, managers should take the time to understand their frustrations. “Managers see someone withdrawing and attribute it to their work ethic,” he said. “There may be a personality element to it, but it may also be a symptom of job dissatisfaction. You can find out about these other paths they could have taken, then use that information when you’re deciding what kind of project to put them on.”

People with backgrounds in IT, for instance, might be assigned more tech-intensive jobs, while former journalists might be provided writing opportunities. Employees themselves can pro-actively engage in “job crafting” by incorporating elements of their foregone identities into their current jobs. The paper’s results illustrated that dwelling on a forgone identity could trigger such crafting, with those efforts preventing the withdrawal behaviors mentioned above.

Colquitt himself has engaged in such crafting. Although his path as a management consultant would have taken him inside actual organizations more often, he has engaged in executive education to add that element to his working life. 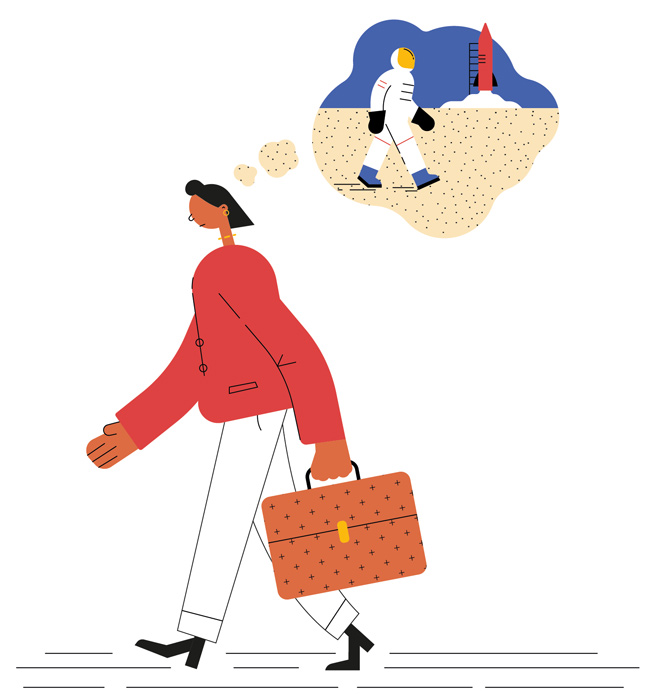 Of course, not all employees can repurpose their forgone job skills quite so readily. It’s difficult to see, for instance, how a “would-be veterinarian” who’s now a financial analyst could channel her interest in animals while building an investment portfolio. But one particular trait, known as an “internal locus of control,” does make it more likely that a person will successfully live their post fork-in-the-road lives.

One of the most-studied attributes in psychological research, locus of control refers to whether you feel you’re in control of your own life (internal locus) or whether you feel a victim of circumstances beyond your control (external locus). Colquitt and his coauthors asked their research participants questions designed to measure how much agency they felt in their lives.

“The people who had that internal locus of control, they were the ones that said, ‘You know, it’s a bummer that I didn’t follow that career path, but I’m going to change this path I’m on to make it look like the one I wanted,’” Colquitt said. “They were the ones that did the beneficial things like job crafting.” The study participants who exhibited an external locus of control, on the other hand — the ones who believed they were powerless to affect their circumstances — tended to passively resign themselves to their current job, gradually becoming more dissatisfied and less engaged.

The work done by Burgess, Colquitt and Long addresses important philosophical debates: What is identity? Are we defined by our choices? Is there such a thing as an “alternative self”? The same questions are posed by Robert Frost in the poem that gives their paper its title. Most readers interpret “The Road Not Taken” as an endorsement of blazing a new trail, of choosing “the path less traveled by.” This is the version of the poem that has launched a thousand inspirational posters.

It just so happens, however, that the writer of this article has a foregone identity of his own. Although I now work as a journalist, I spent years in graduate school studying to be an English professor, which is why I know that Frost’s poem is more complex than it appears. (Consider this excursion into literary criticism my own attempt at job crafting.) A close reading shows that, in fact, Frost describes the two roads as equally well-traveled: “[...] the passing there / Had worn them really about the same / And both that morning equally lay / In leaves no step had trodden black.”

When the poem’s speaker imagines his future self saying he “took the one less traveled by / And that has made all the difference,” he’s attributing intentionality to an essentially random decision. In reality, he faced two equally promising roads, realizing he could choose only one — “knowing how way leads on to way / I doubted I should ever come back.” The poem could be interpreted as a parable not about rugged individualism but about the uncertainty of life.

Like Frost’s speaker, the participants in this research, at some point in time, chose one road over another. They had no way of judging whether they chose the better road; in fact, many came to regret their choice. What the poem teaches is that such regret is pointless, since there is no going back to the fork in the road. Rather than pining for a foregone identity, the better course is to assert ownership of your decisions, to adopt an internal locus of control — to convince yourself, like Frost’s speaker, that you chose the right road.

“Sometimes what we long for the most are the things we didn’t do — the vacations we didn’t take, the internship we didn’t accept, the job offer we passed up,” Colquitt observed. “The question is, do we get depressed over those missed opportunities? Or do we learn from them and work to make our lives better now?”

JASON COLQUITT is the Franklin D. Schurz Professor in the Department of Management & Organization at Mendoza College of Business. His research interests include justice, trust and personality.