AN E-COMMERCE CO-FOUNDED BY FINANCE ALUM CORY RELLAS SOLD TO UBER TECHNOLOGIES FOR $1.1 BILLION IN FEBRUARY

The backstory of the University of Notre Dame’s first unicorn startup begins with a text thread between friends: “Why can’t you get alcohol delivered?”

Why indeed? The friends, including Cory Rellas (BBA ’09), did a bit of detective work, determined alcohol delivery was legal, and set out to change the way the world shops for beer, wine and spirits with their e-commerce startup, Drizly. 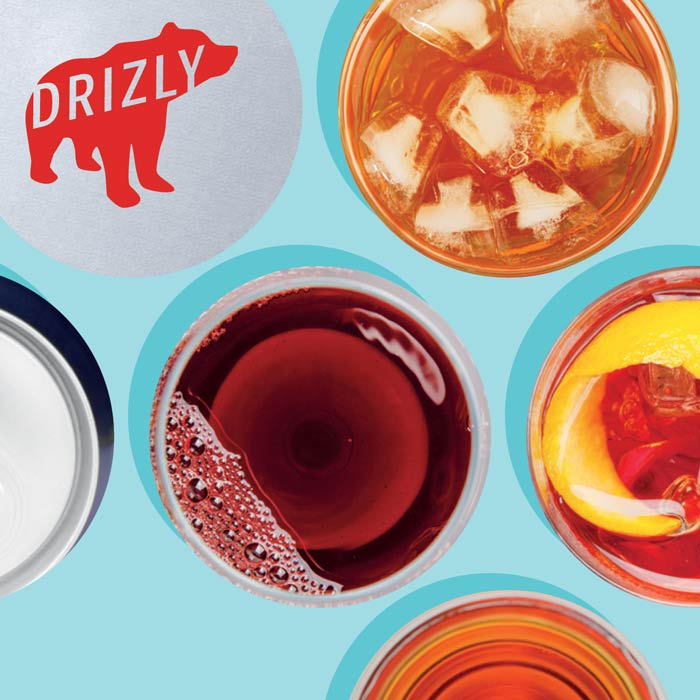 Eight years later, Drizly was the leading on-demand alcohol marketplace in the country, and in February 2021, Rellas and his three co-founders sold their company to Uber Technologies for $1.1 billion.

Rellas, the CEO and co-founder of Drizly, didn’t set out to launch a unicorn startup when he came to Notre Dame on a soccer scholarship. All he knew is he didn’t want to go into medicine.

“I grew up in a family of physicians: My father, older brother and sister are doctors. I chose business, got involved with the Notre Dame Investing Club, and right after graduation, joined Bain Capital in Boston,” he says. “I worked with really smart, passionate people who challenged me to always have an opinion informed by doing the work. It was also obvious my heart wasn’t in high-yield credit investing.”

Rellas was two-and-a-half years into his Bain career at the time of the infamous text. He and eventual cofounders Justin Robinson, cousin Nick Rellas, and Spencer Frazier began working on Drizly on the side. A year later, Rellas left Bain to work full-time on the startup after a colleague found his business plan on an office copier. Fortunately, it was an amicable and supportive parting; relationships made at Bain would play a role in Drizly’s future success.

Rellas rolls his eyes at the memory. “We were a bunch of 20-somethings and we made a lot of mistakes. It’s easy to see the outcome as a huge positive, but this has not been a linear journey by any stretch.”

As proof, Rellas explains Drizly had two launches. The first was in mid-2012 when they went live with a consumer-facing app supported by a popular, well-established Boston liquor business called Gordon’s Fine Wines & Liquors. The owner, David Gordon, was very supportive of what Rellas and the Drizly team were trying to do and offered his Watertown, Massachusetts, store as a test site.

“David allowed us to work at Gordon’s and learn the liquor business. The reason being if we were successful, he wanted to understand why and be a part of it,” Rellas explains.

Those first two years in business were a grind. The founders relied on family and friends, grassroots marketing, speaking engagements, handing out cards and referrals to build their customer base. In 2014, they began a seed round with the goal of raising $1 million.

The feedback they got from potential angel investors from networks at Notre Dame, Bain and local entrepreneurs was that they were aiming too low. They needed to raise more capital to develop and grow the business the way they envisioned. There was another caveat: The investors wanted them to prove their model outside their hometown of Boston, preferably in New York City.

In a social town such as the Big Apple, that sounds like an easy task. However, Drizly’s foundation is built on partnerships with liquor stores that want to tap into the online sales model. Complicating matters was the fact that liquor stores in New York State are individually licensed, meaning Rellas and the team had to recruit each one individually to the platform.

As difficult as it was, Drizly succeeded in establishing a presence in New York City, proving to potential investors the business model could scale in other markets. That first seed round oversubscribed at $2.25 million. This led to what Rellas calls Drizly’s second launch in mid-2014.

“With the funding, we added a paid customer acquisition and organic marketing team. This proved to be key,” Rellas explains. “Then, from 2014–2017, we had multiple changes in direction as we constantly struggled to build an experience that was valuable enough to change consumer behavior — something that hasn’t happened since prohibition was repealed in 1933.”

The shifts in the business model were due in part to an increasingly better understanding of their customers. The average customer age is 35, split equally between men and women. They learned that consumers shop across stores by brand and that any individual customer might shop for multiple purposes — ordering for personal consumption, for parties and gift-giving.

This knowledge led to constant tinkering. When customers requested the ability to buy liquor as gifts, the option was added to the app. In December 2020, gift purchases accounted for 25% of Drizly’s sales.

“We learned what Drizly customers cared about,” Rellas says. “By the end of 2017, we were truly differentiated and had a scalable business.”

He points to three distinct aspects of their value proposition: access to a large array of products, transparent pricing and delivery of their order within an hour. The first one, choice, was a game-changer. For years, the liquor business had been quiet aside from trends like small-batch bourbons and the surge in microbreweries. But in an industry with over a million SKUs, where liquor stores typically only carry 1,000 to 2,000 SKUs, consumers were largely unaware of their options. Drizly changed that.

“People can literally go online and shop everything available in their area. That’s an amazing shopping experience. That’s different than what you can do in physical retail,” Rellas says.

By September 2019, Drizly’s business had grown exponentially, and so did its need for capital. The company would eventually raise $119.6 million, with Polaris Partners, Avenir Growth Capital and Tiger Global Management among the largest investors.

Rellas admits it is more money than he and his team could have anticipated at the founding, but makes sense in context of the size of the business at the moment key milestones were met. “We were starting to truly understand our customers and could articulate how, ‘If you invest $1, we know how to turn it into $5.’ That was very appealing to investors.”

Investors also liked that Drizly was built from the ground up to serve customers in a controlled, highly regulated industry and that it provided a shopping experience rather than a delivery service. Additionally, they appreciated the company’s unit economics: the Drizly team knew how to scale efficiently and profitably.

The COVID-19 pandemic proved to be the turning point. The economic shutdown and stay-at-home orders ignited demand. By the end of 2020, Drizly was in 180 markets across the United States and was profitably growing gross bookings more than 300% year-over-year. Rellas credits these wins to building a high-performing team, emphasizing diversity and doing things the right way. “Generating value has been an output of focusing on our people and thinking bigger than just the business. We’re really proud of that,” he says.

Since its founding, Drizly has relied on a number of services including Uber and DoorDash to deliver liquor to customers. Although they were approached by potential acquisition partners, the time wasn’t right until Feb. 2, 2021, when it was announced that Uber Technologies would acquire Drizly for $1.1 billion in stock and cash.

The acquisition, says Rellas, is mutually beneficial. Uber gets Drizly’s category expertise and entry into the lucrative liquor market. With logistics leaders Uber Eats and Uber Rides behind it, Drizly can grow much faster. What pleases him most, however, is the Drizly team will remain intact, based in their Boston office, in full growth mode.

When asked what he plans to do with his share of the purchase price, Rellas explains he appreciates the flexibility the money will provide. “A lot of things have been put off in my life, but this year I’m getting married. I’m also looking forward to charitable pursuits.”

Rellas offers this advice to those who want to be entrepreneurs: “The headlines around startups are romanticized. You have to have a passion for the problem you’re trying to solve. Passion is more important than expertise. It has to be core to the founding DNA of an idea or company.”

The ND Founders series highlights graduates of the University of Notre Dame who have successfully founded a scalable business. This weekly series was started by the IDEA Center at Notre Dame in January 2020.