Couples fight about money — a lot. From what to buy to how much to spend, conflicts about finances are the No. 1 reason for divorce.

“The basic theoretical model is that people who spend money from a joint account experience a greater need to justify their spending,” said Emily Garbinsky, assistant professor of marketing. “Because of this need to justify, they are more likely to buy utilitarian products,” favoring functional over fun.

Her recent paper in the Journal of Consumer Psychology, “The Consumption Consequences of Couples Pooling Finances,” shows how partners buy different products depending on the type of bank account they use.

Sixty-four percent of Americans pool all their money with their spouse, while 22% take a hybrid approach and keep both joint and separate accounts. Despite the predominance of having at least one combined account, research shows that most spending decisions are still made independently, without anyone watching. Even in the context of romantic relationships, people do most of their purchasing by themselves: grabbing coffee, buying gas or stopping at the grocery store on the way home. 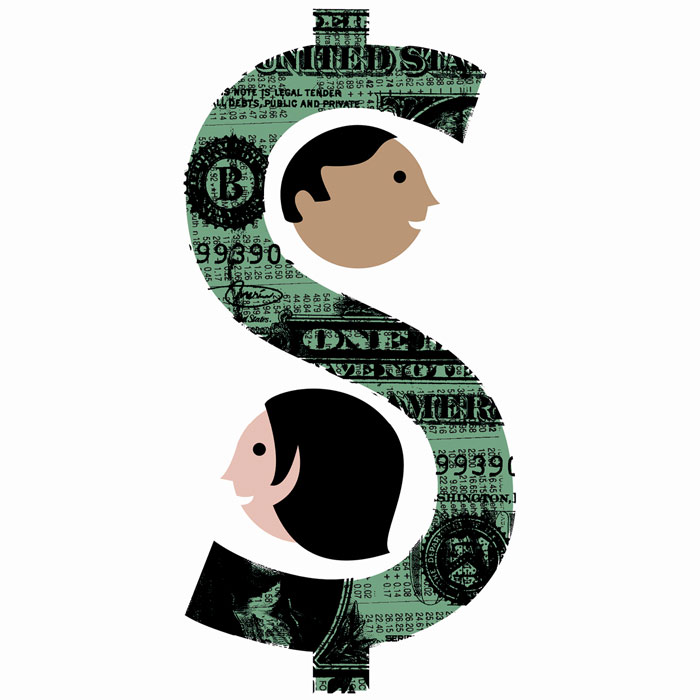 The psychological effects of this financial structure on solo spending choices intrigued Garbinsky. But when she went looking for research on the subject, she couldn’t find any. So she and co-author Joe Gladstone of University College London set out to investigate consumer spending habits through the lens of romantic partners’ bank accounts.

They conducted five studies that tested their hypotheses that partners spending from joint accounts are more likely to choose utilitarian products rather than “hedonic,” or fun ones. This happens, the researchers thought, because they know they’re going to have to explain their purchases. However, if a good explanation exists — such as a discounted price — the researchers theorize that people will spring for the splurge.

To confirm that spending from joint accounts is more utilitarian, they recruited people in romantic partnerships during Football Fridays at Notre Dame for two separate studies. First, 68 participants were each given bags containing $1 in nickels. Some were told the money was for both them and their partner, while others were told the money was just for them.

They were given the choice to buy one of two calendars: one with a picture of the University on the cover, the other with the University’s football team (which the researchers had determined through a prior survey was perceived as significantly more hedonic).

In the second field study, 148 people were assigned to use one or the other of their bank cards to buy either a coffee mug or a beer tankard. Those who used their joint bank card were more likely to choose the mug over the hedonic beer glass than those who spent  from a separate bank account.

These results are backed up through an analysis of real-world spending data from a bank in the United Kingdom. After looking at 160,000 transactions from 396 bank customers over the course of a year, the authors determined that using a joint account led to £490 (about $620) less being spent on hedonic purchases and £1,149 (about $1,450) more on utilitarian ones.

Evidence for the underlying mechanism — that the effect we’re seeing is caused specifically by the need to justify spending choices to one’s partner — comes from another study. Two hundred and ninety-seven participants were recruited from Amazon’s Mechanical Turk, an online crowdsourcing marketplace for hiring workers for on-demand tasks. They were given a choice of two products: clothes for work or a fun outfit, both of which cost the same. Additionally, they were asked to rate how much they felt the need to justify their purchase to either their partner or themselves.

To rule out the possibility that the need to justify spending is actually the cause, rather than the consequence, of having a joint account, the authors
surveyed 413 married people about why they chose to arrange their finances the way they did. Only one individual identified justification or accountability as the reason driving their financial structure. Most didn’t seem to put that much thought into it at all. They did whatever seemed easier, was more convenient or was stipulated by the culture they grew up in.

The inhibitory effect of a joint account disappears if you make hedonic purchases easier to justify. Three hundred and ten MTurk recruits were asked how likely they were to buy a massage listed at three different prices if they had to make the purchase from their joint account. The regularly priced massage was discounted from $100 to $70. A fake “regular” $70 option also was offered, where some were told the massage always cost that amount. Participants were more likely to spring for the massage if they were told it was discounted, even relative to one that cost the same amount, but that was not described as a discount.

The takeaway for marketers is fairly straightforward: Modify advertisements to make products easier to justify by giving consumers more reasons to buy it. A discount is one way to do this; another is through the slogan or overall campaign, which could itself suggest the license to indulge (think L’Oréal’s “Because you’re worth it”).

Fewer splurges may lead to greater savings and less debt over time (something Garbinsky would love to study in the future), but does it lead to more happiness? Isn’t that what the hedonic is for, anyway? As far as long-term relationship satisfaction goes, while couples will have conflicts about money no matter what, Garbinsky is finding that joint accounts keep couples joined together.

“I’m working on a follow-up paper and still trying to tease apart the mechanisms, but there’s initial evidence that pooling finances creates a sense of togetherness,” she said. “You see you and your partner as one, having more common financial goals.” 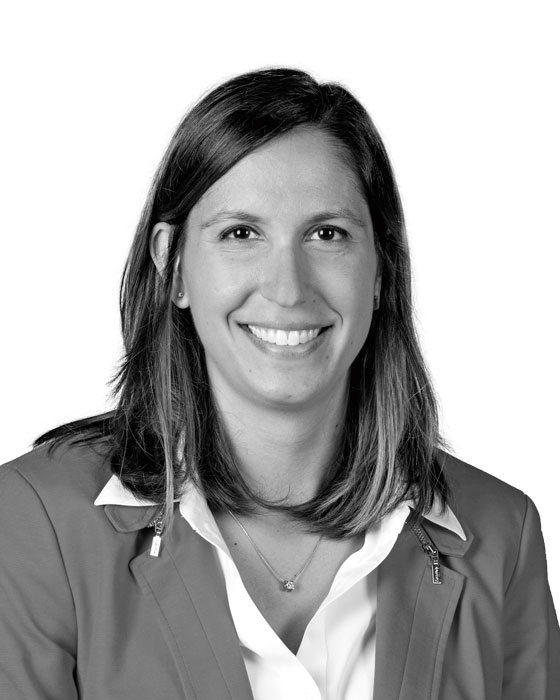 Assistant professor of marketing Emily Garbinsky is a consumer psychologist who studies how the way money is managed, saved and spent can increase happiness, consumption enjoyment and relationship satisfaction.