When it comes to creativity, innovation and problem solving, you can’t beat sleep. 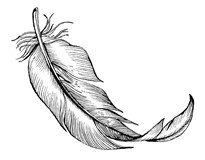 Russian chemist Dmitry Mendeleyev envisioned the organization of the periodic table during a 20-minute nap.

Musician Paul McCartney heard the tune for the Beatles’ hit “Yesterday” in his head as he slumbered.

None of this is surprising, says Notre Dame neuroscientist Jessica Payne, who specializes in sleep, stress and memory. The brain is incredibly active and does some of its best work when we sleep — exquisitely synthesizing information, solving problems and allowing ideas and innovations to rise to the surface.

So why is it that society — especially the business world — insists upon disrespecting sleep, ignoring and eschewing perhaps the most essential of biological processes and then acting as if nothing’s lost?

No matter if it started with our Puritan roots and continued with the industrial revolution, it’s high time for a culture change, says Payne, a psychology associate professor whose research on sleep and stress is funded by the National Institutes of Health and National Science Foundation.

Payne has a special interest in examining sleep in a business context, and has been hired by a number of corporations, such as Morgan Stanley, Goldman Sachs and IMAX, to explain the science of sleep and sometimes privately evaluate the sleep habits of C-suite administrators.

Overall, she’s got bad news: “Looking at sleep in the workplace has been eye-opening to me in a bad way,” she says. “I’m shocked at how inhuman and unfriendly most businesses are. It’s very discouraging.”

But we have to make some changes.

When you think about a neuroscientist who studies sleep, you might picture a lab in the basement of an old building with bedrooms where people are connected to electrodes and monitored as they sleep.

And that’s a pretty accurate description of Payne’s Sleep, Stress and Memory Lab in the basement of Haggar Hall. As the name implies, Payne and her co-researchers study these inextricably linked processes by examining subjects’ brain waves during the five stages of sleep: Stage 1, light sleep; Stage 2, preparation for deep sleep; Stage 3 and 4, deep sleep; and the 5th stage, rapid eye movement (REM).

Stages 3 and 4 are slow-wave phases that help the brain rejuvenate and recover from the day’s activities. During this stage, brain activity slows down, while the brain produces large, slow waves. Muscles relax and breathing slows and deepens, so it is difficult to wake up. Slow-wave sleep is important for consolidating memories.

REM sleep is the stage in which people dream vividly and creativity is at its highest.

All stages of sleep are imperative for memory and innovation, Payne says. “Memory has these three stages: You learn something new, you encode it or register it, and then you retrieve it,” she explains. “In the middle, a lot happens to memory. It can change, erode, be enriched or be modified for better or for worse.

“For memories that become long-lasting, they have to go through the consolidation process. And that involves a whole host of different biochemical processes that are all important.”

“During waking hours, your brain is taking in so much information and it’s hard to simultaneously process it,” Payne explains. “Sleep encourages creativity and innovation that might not happen during waking hours. If you want your brain to work at its best, you have to sleep.”

One-third of adults don’t get adequate sleep, according to the Centers for Disease Control and Prevention. The 2016 study revealed that 35 percent get less than seven hours, which is the minimum amount recommended for adults.

Payne’s work with business leaders in the Executive Integral Leadership program at the Stayer Center for Executive Leadership reflects this deficiency.

She spends two or three hours talking about sleep and stress with participants, including administering the Epworth Sleepiness Scale, a questionnaire that measures how likely someone is to fall asleep while sitting and reading, watching TV, riding as a passenger in a car, sitting after lunch and so on.

Invariably, EIL candidates are shocked by their poor scores and the implications, especially as some participants realize they spend their waking hours in a state equivalent to intoxication.

Michael Lacognato, an EIL participant in 2017, was one of them. “Jessica said people like me are basically coming to work like we’re drunk,” he says. “I couldn’t believe it. I was blown away.”

Lacognato, the vice president of marketing for Laidig Systems in Mishawaka, Indiana, says he has had trouble sleeping since he was a child, but that he never felt as if he didn’t have enough energy during the day. “I think it’s adrenaline, I really do,” he explains. “But I love sleep.”

After Payne’s presentation, Lacognato started going to bed earlier, sleeping later in the morning and finding time for naps. After about a month, he found himself mentally sharper at work and less exhausted overall.

“I’m not splitting the atom by any means, but I find myself thinking clearer,” he says. “I don’t find that I’m looking forward to going to sleep when I leave the office like I used to.”

WHY SLEEP IS GOOD BUSINESS

What would it mean for organizations if everyone from the top down, got adequate sleep?

“In a mechanical field, what about avoiding injuries? In banking, what about catching a trading error that costs billions of dollars? There are so many ways this affects the bottom line, including health care costs,” Payne explains, naming heart disease, dementia, depression and anxiety among health conditions affected by sleep.

“If I’m talking to a board, I explain why they should encourage sleep,” Payne says. “They often need to hear it from a neuroscientist and see the data.”

Further, it’s imperative for corporate leaders to model and encourage good sleep habits. Leaders who portray themselves as only needing four or five hours of sleep each night are likely not telling the truth, Payne says, and are perpetuating an unrealistic expectation that successful people are able to train themselves to sleep less and spend their extra time working efficiently.

“We come from a puritanical culture with a mythological idea that we should be able to do it all and that lack of sleep is a badge of honor,” she says. “But that’s a lie.”

HOW TO GET BETTER SLEEP

While Payne is passionate about us changing our habits, she urges us not to make drastic changes at once. Instead, she lays out an accessible plan that can make a significant difference.

First, make a commitment to getting 20 minutes more sleep time each day. Go to bed 20 minutes earlier at night, take a 20-minute nap during the day or set the alarm 20 minutes later and don’t hit the snooze button.

Adding this 20 minutes each day will help repay any accumulated sleep debt and can be the start of ascertaining how much sleep one needs per night. Payne emphasizes sleep needs vary. Only 1 or 2 percent of people can operate with four or five hours. Most people need at least seven to nine hours.

Second, engage in at least five minutes of a stress reduction activity, such as meditation or progressive relaxation.

Third, find a way to boost positive emotion, which can be as easy as listing or thinking about three to five things you’re grateful for. “And really think about them because this can change your brain activity,” Payne says.

Above all, she urges us to change our attitudes about sleep, especially in regard to business.

“I always envision this little placard that people put on their cubicles or desks when they put their head down for a nap,” she says. “The sign would say, ‘Sleeping brain at work; innovation in progress.’ And this would encourage everyone at the company to think, ‘Uh-oh, I better go take my nap, so I can come up with the next best innovation.’ That’s where we need to be.”

Get 20 more minutes of sleep in one of three ways: Go to bed 20 minutes early, take a 20-minute nap during the day, or set your morning alarm 20 minutes later and don’t hit the snooze button.

Engage in a stress reduction activity for at least 5 minutes: Meditation may be the most effective form, but progressive muscle relaxation or progressive body scan are also excellent.

Engage in a gratitude exercise, such as writing in a gratitude journal, listing three to five things for which you’re grateful or otherwise spending a few minutes focusing on gratitude.

Neuroscientist Jessica Payne is an associate professor with the Department of Psychology at the University of Notre Dame. An expert in sleep, stress and memory, whose research is funded by the National Science Foundation and the National Institutes of Health, Payne advises Fortune 500 companies on the importance of sleep and lectures for the Executive Integral Leadership program through the Stayer Center for Executive Education.