RESEARCH: ON THE MONEY

Your kid is downstairs in the basement playing some game, maybe called Fortfight or ForKnight, screaming through headphones at a friend across town. The next week, you notice an inexplicable charge on your credit card. Welcome to the brave new world of virtual video game currency.

Once upon a time, kids (or more likely their parents) bought video games at a store and played them on a game console hooked up to their television. Every element of that model is changing. Today, kids aren’t the only ones playing, video games are downloaded — often for free — and complex games can be played on anything from a TV to a laptop or a cell phone.

Hong Guo, the Robert and Sara Lumpkins Associate Professor of Business Analytics at Mendoza, grew up playing video games in China. She wasn’t adept at shooting things, but her studies in information technology prepared her for the next generation of digital games.

“My fighting skills weren’t as good as other players, but I’m good at strategy games because I automatically build optimization models in my head to solve problems,” Guo said.

Guo has studied emerging IT trends ranging from net neutrality to mobile platforms since earning her doctoral degree from the University of Florida. Her latest research, published in June in the academic journal Information Systems Research, is the first to build an analytical model to understand the trend sweeping the video game world of selling virtual currency. Guo and her fellow researchers — Daewon Sun at Notre Dame, Lin Hao at the University of Washington, and Tridas Mukhopadhyay at Carnegie Mellon University — found that selling virtual currency may have positive effects for game makers, players and society.

“This phenomenon is amazing from a marketing perspective because when people find something they care about, their spending pattern changes,” Guo said. “Some are proud of their spending, while other players earn these resources through hard play.”

To illustrate, Guo said her current favorite game is Game of Thrones Conquest (GoTC), based on the HBO hit series that wrapped up its final season over the winter. Fans of the show flocked to GoTC, where players divided into different computer networks (servers) can form allegiances vying for seats of power in the fictional world of Westeros. Video game players spend actual money to buy virtual currency (gold in this case) that they use to buy food, upgrade their fortifications or train soldiers.

“You’d be amazed how much people spend,” Guo said. “Upper-level players spend thousands of dollars. And there are many servers. For example, my server is kingdom 325. You can start to imagine how much money the game producer is making.” 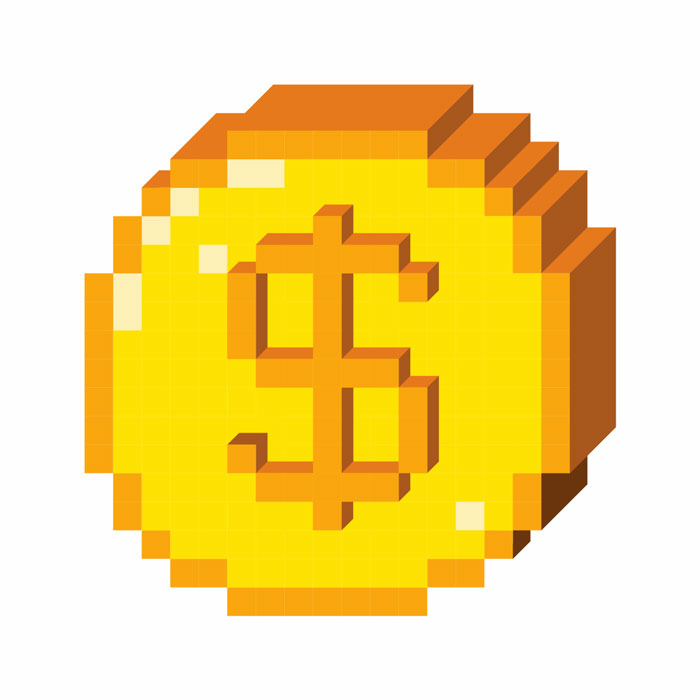 Guo began studying selling virtual currency through micro-transactions in games about six years ago. Over the last decade, game makers have slowly moved from the old model of players paying upfront for the game to the new model with free games and in-game advertising and/or purchases.

Guo said it started with the ability to buy downloadable content for popular console games like Call of Duty. The migration to mobile phones cemented the change, because players’ credit card information is already stored there. That makes purchases psychologically easier, leading to more impulse buys.

What followed is that player mentalities changed. “Now, developers let people explore the games for free to see if they like it,” Guo said. “If they derive value from it, they view it as entertainment and it becomes just another choice for their entertainment money.”

The trick for game makers is what Guo calls “game balancing.” The sweet spot is to make the game challenging enough that some players are willing to buy virtual currency to succeed, yet not so hard that players unwilling to pay get frustrated and give up.

The game must balance how much benefit players get from virtual items for sale — for instance, how much protection from a special helmet — so that some will figure it’s worth the money to save time. Other players will spend time playing to win it through their play.

“This is perfect for building a model that can describe player behavior,” Guo said. “What makes them happy, and what are the decision variables?”
Guo’s model assumes that virtual currency “boosts a player’s gaming leisure utility per unit of playing time” — or that they have more fun during gameplay. She created a parameter named “enabling-power rate” to measure how much pleasure virtual currency produces.

The most interesting finding was that virtual currency can actually reduce the time some heavy players spend playing, which decreases the threat of excessive gaming. This is because heavy players can skip forward in power levels through purchases rather than longer gaming time. In comparison, games that rely only on ad revenue depend on more eyeball time and therefore incentivize excessive gaming.

Some lighter players also benefit from virtual currency, according to Guo’s research, because the free entry draws them further into gaming. This brings more revenue to the provider, while the virtual currency creates shortcuts to reach more pleasurable playing levels.

Guo concludes that virtual currency also benefits society by cutting down on excessive gaming and addiction without compromising the providers’ profits. “Our results show that offering virtual currency for sale reshapes the provider’s goal for longer playing time,” the study says.

This paper will not be her last on game theory, Guo said, because rapidly changing trends have opened up so many new research questions. A new area of interest is virtual communities, which players create while communicating (talk and text) over new apps like Discord.

GoTC, for instance, gives every other player in one’s allegiance a small gift every time a member buys virtual currency, providing a powerful social incentive. “There is some shame in buying your way to power,” Guo said. “But this gifting mechanism, which can also be anonymous, makes your alliance appreciate people willing to buy.”

The darker side of gaming also interests Guo. Five years ago, male gamers ganged up on female game critics and creators who were calling for more equality and less sexism in video games. Their online threats led several women to leave their homes out of fear and others to leave the business. The New York Times recently analyzed how the scandal, dubbed Gamergate, created the playbook for online mobs in today’s larger culture wars.

In Guo’s game, a male player sent several women on their server inappropriate pictures over Discord. The players responded by ganging up on the man to eliminate him from their server.

Another area of interest is the gamification of other pursuits. If kids are so innately motivated by games, how can teachers or parents leverage this interest to motivate desired behaviors?

“If you can apply this to the classroom, it would be very powerful,” Guo said. “How can you design that? For that to work, you have to understand the gaming element and your environment better. Teachers already do that, but I think it can be improved.”

“Before parents say gaming is bad, they need to consider whether they know enough about how gaming works and how it motivates,” she said. “Maybe they can use games for things like doing chores or becoming self-sufficient.”