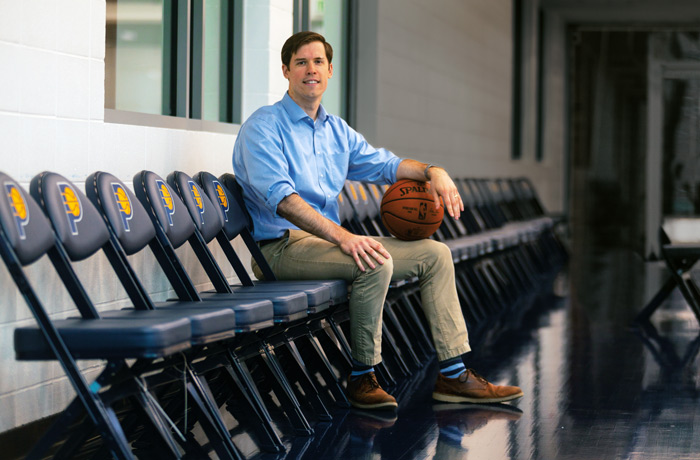 An MBA/M.S. in Business Analytics student, Zanca credits the choice of topic and presentation style for their NBA Hackathon win. “The NBA just announced the implementation of the coach’s challenge in July 2019, so our topic was very timely and relevant,” he said. “We were also very intentional to articulate our findings in a way that coaches and teams would find actionable and useful.”

Zanca aspires to work for the NBA or one of its teams. He spent the summer interning with the Indiana Pacers and has been involved with analytics projects for the Notre Dame Athletic Department. Last year, he worked with Fighting Irish Media on an analysis of television ratings and this fall he supported stats-related projects for Jack Swarbrick, the University’s vice president and James E. Rohr Director of Athletics.

4th year for the competition

"Challenge Accepted: Identifying Optimal Cases for Exercising NBA Coach's Challenges" was the title of the winning basketball analytics project at the 2019 NBA Hackathon.