DETAILED CONTRACTS CAN PROVIDE INCENTIVES FOR OPPORTUNISTIC BEHAVIOR. IN A RAPIDLY CHANGING BUSINESS LANDSCAPE, ARE INCOMPLETE CONTRACTS THE ANSWER?

In 1919, General Motors signed a 10-year contract with Fisher Body, a former carriage maker turned automobile contractor, to become GM’s exclusive supplier of closed-body chassis. Under the terms of the agreement, GM guaranteed to pay Fisher Body its manufacturing costs plus an additional 17.6%, as well as make a one-time investment of $27.6 million to help the company expand its production capacity. Both sides initially seemed happy with the contract. Then, in 1922, GM’s sales began to skyrocket as America emerged from a recession. Faced with growing demand and hoping to reduce transportation costs, GM asked Fisher Body to build new manufacturing plants next to its existing assembly lines.

Fisher Body said no. There was nothing in the contract requiring it to build its plants in a particular location, and it would be cheaper to simply expand its existing plants in Cleveland and Detroit. GM had no choice but to spend around $20 million building the new body plants itself — next to its own assembly lines in Flint, St. Louis and Tarrytown, New York — and then leasing them to Fisher Body. Four years later, in part to avoid such conflicts of interest, GM decided to buy Fisher Body outright.

The story of GM and Fisher Body is a business school staple, an example of the opportunistic behavior made possible by poorly written contracts. A good contract provides incentives for both sides to maximize profit and efficiency, while a bad contract incentivizes each party to exploit the other. 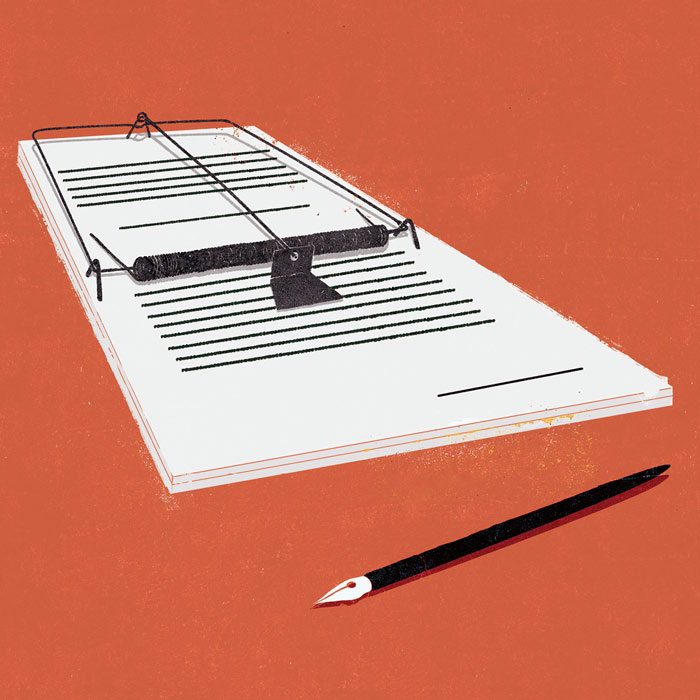 It’s a problem that has long bedeviled contract theory, and Notre Dame accountancy associate professor F. Asís Martínez-Jerez believes there is a counterintuitive solution. In a recent issue of the journal Management Science, he and co-authors Pablo Casas-Arce of Arizona State University and Thomas Kittsteiner of RWTH Aachen University argue that incomplete contracts — contracts that are deliberately vague on specific deliverables and payments — are the best way to prevent opportunistic behavior, especially in rapidly changing industries such as information technology or manufacturing.

In such industries, “it’s very difficult to pinpoint the exact specifications at the beginning of a multiyear contract,” Martínez-Jerez said. “You don’t know how the industry is going to evolve, how the technology is going to evolve. Just look at the apps on your phone and think of how much they’ve evolved from three or four years ago. If you have a detailed contract, it’s easy to give in to the temptation to comply with the letter of the contract rather than its spirit.”

The evolution of Indian IT services giant Infosys helps explain the usefulness of incomplete contracts. Infosys was founded in 1981 as a “body shop,” providing low-paid software programmers to work on its clients’ projects. Contracts for this kind of outsourcing were simple, specifying the work to be completed and the terms of payment.

As it grew, the company began taking on larger and more complex jobs in which the performance metrics were less obvious. In the early 2000s, Infosys developed a proprietary “relationship scorecard” to track its largest contracts. Rather than a one-and-done contract, Infosys teams would keep in constant touch with their clients to make sure both parties were happy with the arrangement. When problems cropped up, they were addressed immediately rather than through later litigation. Deliberately open-ended contracts were updated periodically to reflect the latest technological developments and the state of the industry.

“A contract should be a road map, a reference point that helps people communicate,” Martínez-Jerez said. “It shouldn’t be a law.” Because nobody can predict the future, even the most exacting contract is bound to neglect factors that could later come into play. Who could have foreseen that after years of stagnant growth GM’s sales of Chevrolet would triple in 1922 and then double again in 1923? Paradoxically, Martínez-Jerez and his co-authors argue, the more specific the contract, the more opportunities there are to cheat. Because Fisher Body was guaranteed a 17.6% markup on its production costs, it had no incentive to minimize those costs by, for example, locating its plants close to a GM assembly line.

If Infosys signs a contract with a client specifying that it will provide a particular IT service, what happens when that service winds up being technologically obsolete by the end of the contract period? The risk is that Infosys could provide the service anyway, fulfilling the letter of the contract while violating its spirit. That’s why the company has gravitated toward purposely incomplete contracts that are always subject to renegotiation. “With incomplete contracts, renegotiation isn’t a tragic event, it’s a way of managing the contract,” Martínez-Jerez explained. “With Infosys, for example, you see constant communication with the contractor, and there’s a steering committee that meets every few months.”

As the pace of technological change accelerates, companies are relying increasingly on outsourcing and partnerships to stay ahead of the curve. “You can’t expect a company to master all the technologies or capabilities they might need,” Martínez-Jerez said. Whether it’s big data, self-driving cars, the internet of things or artificial intelligence, “companies need help from others. Ford doesn’t have the information processing capabilities of Google, and Google doesn’t have the automaking capabilities of Ford. That’s why companies are seeking alliances.”

Given the uncertainties of such partnerships, it makes sense to employ open-ended contracts like the ones Martínez-Jerez advocates. “You have to look for mechanisms that allow for long-term development and adaptability,” he said. “But you also don’t want a complete lack of definition. It’s not easy, because project managers and programmers like very clear objectives and targets, and companies like to know what they’re going to get.”

Another arena in which incomplete contracts are often used is franchising. Here, the goal is to align the interests of the franchiser — say, McDonald’s — and the franchisee. The franchisee gets the right to use the McDonald’s name in exchange for paying the parent company an upfront fee plus royalties, or a certain share of its revenue. Flexible contracts are especially important when franchising in foreign countries, where franchisees need to tailor their operations — advertising, menu, hiring practices — to appeal to local tastes. “Franchising has the most advantages in circumstances where there’s a lot of uncertainty about what’s going on in the local market,” Martínez-Jerez said.

With around 36,000 McDonald’s restaurants currently operating in 101 countries around the world, there’s no way for the company’s Chicago-based headquarters to optimize performance at each of them without delegating significant power to its franchisees. At the same time, without some level of supervision McDonald’s can’t maintain control over quality standards or its brand reputation. “Franchising is all about generating incentives for best performance while capturing information from local markets,” Martínez-Jerez said. “It’s a substitute for direct control.”

Interestingly, Martínez-Jerez said that companies from developing countries such as India have been pioneers in the use of incomplete contracts. Western companies have occasionally expressed reluctance about entering into such contracts. In 2004, the Indian telecom company Bharti signed an innovative $400 million contract with Sweden’s Ericsson to build, operate and maintain Bharti’s massive wireless network. Ericsson’s contractual responsibilities were significant, but Bharti left the specifics of how it achieved them deliberately vague. “I interviewed people at Ericsson, and they were afraid of entering into those contracts,” Martínez-Jerez said. “But they knew they needed to change.”

As for why developing countries should be innovators in contracts, Martínez-Jerez chalks it up to necessity. “I think that because of their extreme growth, those countries are able to be creative. Their status quo poses fewer restrictions, so they are forced to innovate.” 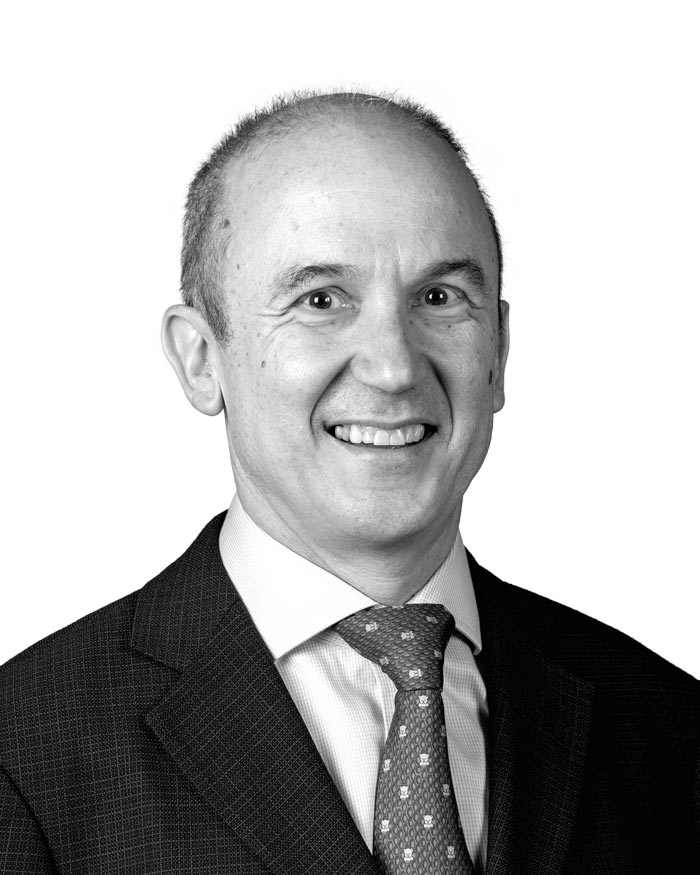 F. Asís Martínez-Jerez’ study “Contracting with Opportunistic Partners: Theory and Application to Technology Development and Innovation” is forthcoming in Management Science. He is an associate professor of accountancy whose research focuses on issues related to accounting information and control systems to implement customer-centric strategies, as well as on corporate governance and its interaction with accounting information.