Research: WHEN TIMING IS EVERYTHING

Mendoza finance professor John Shim traded his career as a high frequency trader for academia in 2011, right around the time complaints about computers taking over stock markets were beginning to pile up. Few investors understood high frequency trading (HFT) at the time. Fewer still liked it.

Shim made the career move — one almost no one makes — to explore the big picture issues. Why are some market protocols better than others? What makes certain trading strategies beneficial or harmful for market efficiency?

Nearly a decade later, HFT is a major frustration for market regulators. Many investors deride this uber-fast algorithmic trading, which now controls more than half of all volume on U.S. equities markets.

Among the grievances: HFT routinely undercuts other traders by picking off their slower orders before they can be filled. The industry’s continual spending on faster and faster trading speeds is an attempt to assure that HFT orders are processed first, even if the differences in speed are only a millionth of a second. And these tiny speed advantages are only meaningful in a market where orders are processed continuously in the order of receipt.

Rather than correct the disparities, stock exchange companies profit from the inequities. This aspect of HFT is not, critics argue, conducive to the free and efficient market that the Securities and Exchange Commission is supposed to protect.

Yet HFT is legal, technically available to everyone and certain aspects are helpful to market liquidity. Its traders simply exploit inefficiencies within the markets, not unlike how accountants parse the tax code to reduce client bills. The SEC doesn’t want to kill HFT; the regulatory agency wants it to be palatable for all investors.

Now Shim, along with Eric Budish of the Chicago Booth School of Business and Robin Lee of Harvard University, proposes a gentle solution. In a new working paper released by the National Bureau of Economic Research, the team lays out a plan that would encourage stock exchanges themselves to defang the negative aspects of high frequency trading.

The proposal — essentially a regulatory nudge to move exchanges toward new business and trading models — would lead to fewer profits for HFT and lower costs for investors. And it would cap an endless race for faster trading speeds that’s putting billions of dollars into otherwise senseless projects.

The working paper’s solution builds on the team’s popular 2015 paper published in The Quarterly Journal of Economics. That research was made famous partly for Shim’s rare insider knowledge, which helped the team further demystify HFT for a still-baffled investment industry. The knowledge was necessary to get to the study’s main point: how trading shares in frequent batch auctions, rather than continuously, could reduce HFT advantages.

In frequent batch auctions, split second pauses in trading allow buy or sell orders that arrive at essentially the same time to be processed together, which eliminates incentives to spend large sums for a millionth of a second advantage. The proposal drew serious consideration at the time. Then-New York Attorney General Eric Schneiderman and Bloomberg News endorsed it as a potential fix. SEC commissioners expressed interest. Even a few high frequency traders liked the idea because it would cap their ever-rising speed expenses.

And yet, five years later, nothing has changed. Why? The study argues that stock exchange companies rely heavily on revenues from speed technology that enable high-speed trades, and in some cases, would lose money without them.

That business model gives exchanges little incentive to adopt frequent batch auctions, or indeed, any other strategies that would make their speed products less valuable. But the study finds that a little policy intervention — one akin to the exclusivity period pharmaceuticals companies get for some new drugs — could make some of them more interested.

It’s not hard to understand why an average broker might feel cheated by HFT. With a proprietary data feed from the stock exchange, an uber-fast algorithm can see his $10-a-share offer for Acme and buy those shares in response to news before the broker is able to adjust the order to reflect the news, even if they see the news at the same time. (“Sniping” is just one example of HFT strategy.) 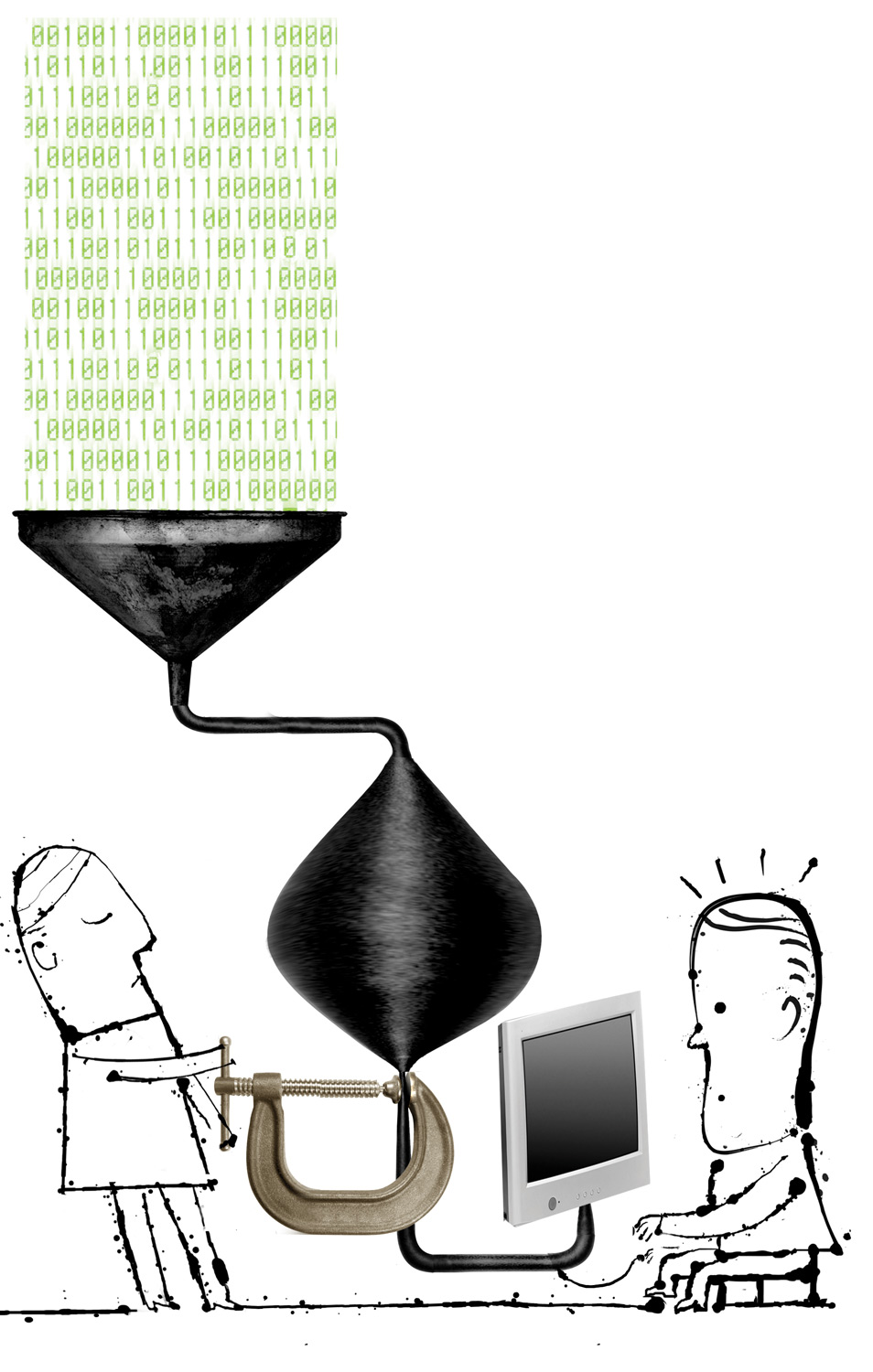 HFT’s capital expenditures also have become an affront. HFT firms spend heavily on projects that merely shorten cables or air space between the traders’ servers and stock exchange servers. Several firms, for example, are pouring millions into towers next to the Chicago derivatives exchange. Thousands of firms pay stock exchanges big money to rent a rack — literally, a shelf for computer equipment — near servers at Nasdaq and other stock exchanges.

The payoff? Speed improvements measured in millionths of a second. It’s an expensive race for speed that’s not exactly moving society forward.

“It is socially wasteful because now we’re doing things like digging tunnels so that the cable runs in a straighter line, versus in a line that zigzags around mountains and railroad tracks,” Shim says. “Going to the moon, I think there’s a lot of positive technological spillovers (into the economy) that come from something like that. But it’s hard to imagine positive spillovers from trying to rent out the space underneath someone’s parking lot, so that we could dig under it and the cable runs in a straighter line.

Shim and his co-authors blame a market design flaw, not the firms. “We live in a capitalistic society. You should be able to capture (profits), and there’s nothing wrong or illegal about that,” Shim says. The fix, the researchers determined, should focus on the exchanges.

Stock markets today trade continuously, meaning an investor can execute a trade any time the exchange is open. But they’ve never allowed investors to trade at the same time, Shim explains. They process orders serially, meaning there’s always a line.

With the researchers’ frequent batch auction format, exchanges would process orders 1,000 times a second rather than continuously. That millisecond slowdown — a difference no human can register — erases the line that high frequency trading exploits.

With frequent batch auctions, exchanges can process multiple orders at once when they arrive at the same time. That scenario happens often when breaking news moves a share price, such as when an earnings report doesn’t live up to investors’ expectations. In today’s system, it creates an opportunity for sniping. Because high-speed algorithms understand before other traders that Acme shares will jump above $10, for example, they line up to pick off an order from a slower trader at $10. Currently, the fastest sniper gets the shares.

Trading profits would fall for the fastest HFT firms, but so would the need for investments in ever-faster speeds. “Now spending billions of dollars to be a millionth of a second faster doesn’t make sense because a millionth of a second advantage is no longer valuable," Shim says. With competition between fast traders today at the level of a microsecond, a trader would have to be 1,000 times faster than its competition to gain a speed advantage, “and that’s just not possible.” Ordinary investors would benefit from lower transaction costs and more reliable order processing.

The auctions are so frequent — every 0.001 seconds — that trading would still appear seamless to most investors. “We think of this as a backend plumbing fix,” Shim says, not an overhaul in the way most investors trade.

If you want to capture HFT profits on NYSE, you’ll need to buy that proprietary data line from NYSE. You can get a bigger advantage if you also pay NYSE to “co-locate” your server on that rack near the exchange server. If you want to trade at Nasdaq, too, you’ll have to pay Nasdaq for another line and rack

SEC economists have tried to discover how much money stock exchange companies make from these speed products. But they found it “nearly impossible” to derive meaningful numbers, according to Commissioner Robert J. Jackson Jr.

Shim, Budish and Lee estimated these figures by examining exchange financial filings. In 2018, BATS, NYSE and Nasdaq collected about $1 billion from proprietary data feeds and co-location, according to their estimates. Trading fees, however, brought in significantly less — about $200 million for the companies, which together control nine of 13 U.S. equities exchanges and more than 95% of volume.

The numbers are striking partly because trading fees, once a staple of stock exchange profits, are now sometimes loss leaders. BATS, which provided an unusually specific breakdown of revenues in its 2015 financial reports, would have lost money on its U.S. equities business that year without sales of speed products, according to the study.

With high frequency traders as their biggest customers, no major exchange is likely to adopt a frequent batch auction system. But these customers are costing other investors about $5 billion a year globally, according to a new study by Budish and U.K. regulators. A new exchange that prevents algorithmic hijacks stands to gain substantial market share in the short run, according to Shim, Budish and Lee.

Their working paper suggests subsidizing the startup costs for the first company to innovate. Regulators could, for example, preemptively approve a new market design. Alternatively, the authors suggest, the newcomer could be promised a year or two of exclusivity in which no other exchange could copy its design.

Without some regulatory protection, the authors predict, companies are less likely to bear the very high research, development and regulatory costs of initiating a new market design when competitors can just copy them. The profits would be dissipated by subsequent exchanges that follow the new model.

The researchers’ proposal circumvents several issues that arise in other attempts to minimize speed advantages. Investors Exchange (IEX), which opened in 2016, fights fast algorithms by forcing all trades through a 38-mile-long fiber optics coil beneath its server. The slowdown works for some types of orders, but it relies on other exchanges to set prices, Shim explains. You can’t have an entire industry on the model.

Some small exchanges have proposed “speed bumps” that slow down certain types of trades. But prioritizing some trades may be viewed as undemocratic.

Commissioner Jackson especially dislikes that the exchanges profit from high-speed data feeds but also control the (slower) public feed on which most investors see prices. “It’s like letting Barnes & Noble run our public libraries,” Jackson has said in various speeches. But he’s generally leery of heavy-handed regulation that might stifle technological advancement or unduly interfere with the free market.

“We should think carefully about whether or not markets are designed best to do what they’re supposed to do economically,” Shim says, “and we think they can be designed better.” 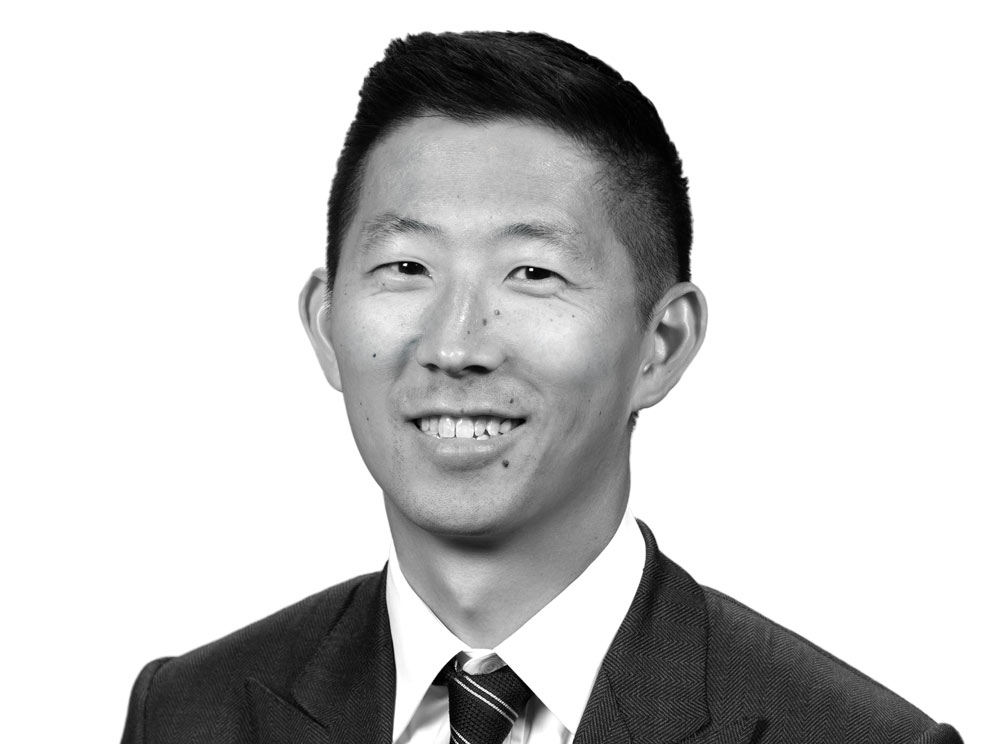