A decade ago, while working at a foster care agency, Emily Rupchock befriended a girl named Brit, who had been in the system for most of her life. “We would get coffee and hot chocolate and go shopping,” she said. “Even after I left the agency, we stayed in touch, and I became kind of a big sister.”

When Brit went off to college, she stayed with Rupchock and her husband during break. A few years later, she asked the couple to be her parents.

“Michael and I knew since we were dating that adoption would be a part of our story; we just didn’t know when it would happen,” says Rupchock, now 35. “Britt was already such a big part of our life at that time, making the decision to become her official parents was easy. I knew she’d always wanted a forever family and that we were in a position to play the role she wanted and needed most from us. We told her we’d be whatever she wanted us to be, and she decided she wanted us to be her parents. It was as simple as that.” 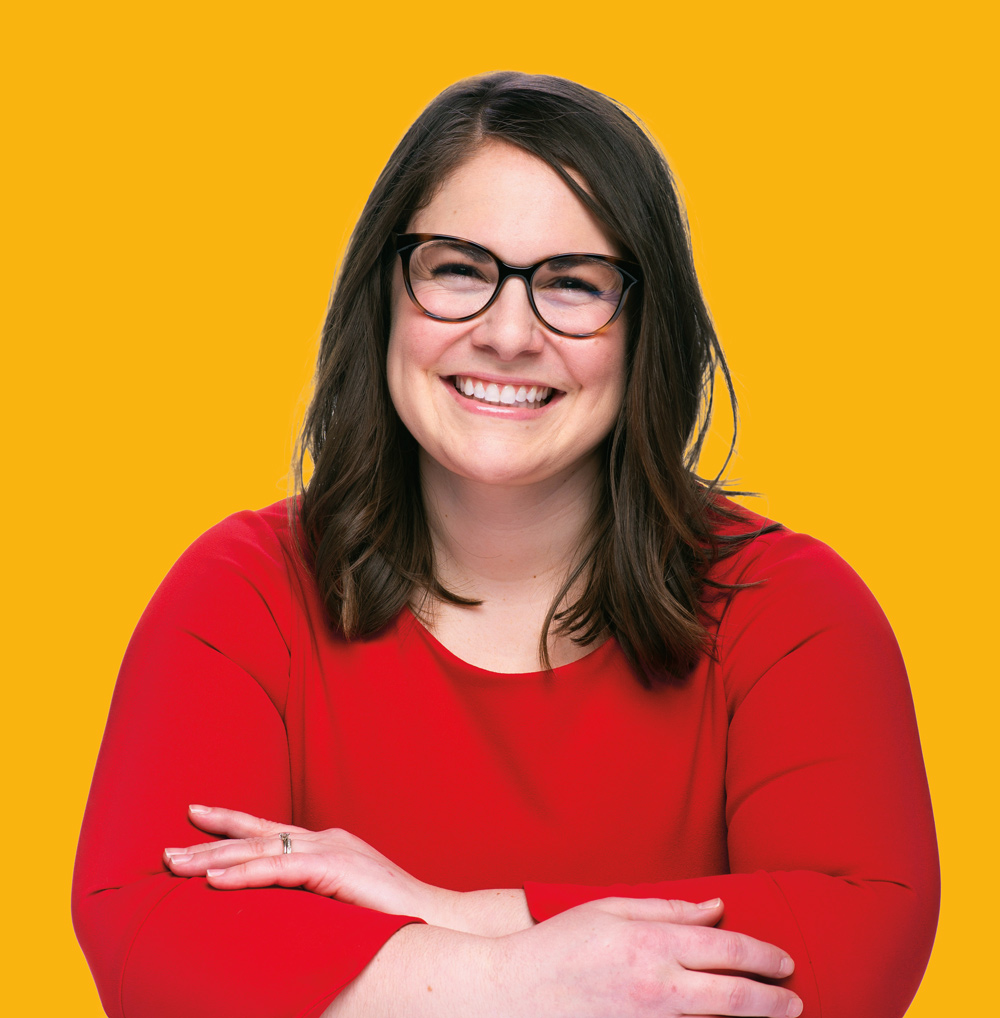 That was two years ago. Rupchock’s family grew again this year when Brit gave birth to a baby boy. “I’ve been able to experience all those first moments with her and her child,” said Rupchock. “There really aren’t words to put to it. It’s unbelievable. It’s so special.

The experience adds a new dimension to her longstanding work to improve outcomes for children and families in South Bend and surrounding communities through access to high-quality early childhood education programs. Rupchock, a student in the Executive Master of Nonprofit Administration program at Mendoza College of Business, serves as director of Ready to Grow St. Joe, a coalition of more than 100 early childhood agencies in St. Joseph County, where the University of Notre Dame is located. She helped the county land a $150,000 grant from Early Learning Indiana this year, which will add 100 to 175 high-quality early childhood education openings in St. Joseph County.

Earlier in her career, she worked as an infant/toddler teacher at a local transitional housing program, before going on to direct the early childhood program at the Center for the Homeless in South Bend, where she had a formative experience working closely with parents, especially mothers.

“I had the privilege of walking alongside those moms, and really understanding — as best I could from the periphery — how difficult their walks really were,” she explained. “There were a lot of barriers, like sidewalks that weren’t shoveled in the winter when families are using strollers as their main transportation.” She became passionate about coordinating and streamlining resources to improve accessibility at a system level. When local childhood service agencies formed a coalition in 2014, Rupchock participated on behalf of the Center for the Homeless. Two years later, she became Ready to Grow St. Joe’s first full-time director.

“We have more nonprofits per capita in our region than we do throughout the entire state. We’ve got a lot of big hearts in our community,” she said. “A lot of the work I do is about communicating with partners, to make sure everyone is well-informed, and bringing people together so they can learn from each other.”

A business background also helps as she builds bridges with outside stakeholders and pushes for early education to be understood as a professional field. “If you look at early childhood in a state like Indiana — and unfortunately at a federal level — it doesn’t have a reputation as a profession,” she said.

“Median wages of early childhood professionals in Indiana are around $19,000 a year. It’s not a living wage; it’s not sustainable. And it goes on the backs of women and children. And I think there’s just a lot of opportunity to professionalize the field and bring credibility and help every sector see that.”

In 2018, Ready to Grow St. Joe partnered with Notre Dame to conduct a countywide childhood needs assessment. A recent national study complements local research to highlight child care deserts. “It was really zoning in on census tracts to identify where children are, and where child care is, and where the gaps are,” explained Rupchock. The work helped reveal that 95% of 0- to 5-year-olds in the county live in child care deserts, areas with just one child care slot for every three children. As a result, she said, infant/toddler programs often have two-year waitlist.

The additional high-quality early childhood education seats the new grant will provide will be accessible to any family, with payment on a need-based sliding scale. This is crucial: Rupchock said middle-class working families often pay around $11,000 for a single child’s care.

Although Rupchock said the added capacity is a drop in bucket, “it feels really exciting to be moving the needle a little bit forward. If we can figure this out, and do it well, and learn from it, and replicate it — that’s going to be sustainable moving forward.” Brit’s baby is a direct reminder of the importance of her work.

“As he grows, I’ll always have him in mind, in terms of building space,” Rupchock said, “for new infants and toddlers in particular.”