DONALD T. SCHAEFER (BS, COMMERCE) died peacefully in his home on Jan. 20, 2019. He is survived by his wife, Florence Kelly Schaefer, children, grandchildren and one great-grandchild. Schaefer was the youngest of six siblings and grew up in Pennsylvania. He played football for Notre Dame under coaches Leahy and Brennan and was the first team Academic All-American. Next to his family, Schaefer’s first love was Notre Dame, both for the traditions and values it instilled in him and for the lifelong opportunities it provided. Following graduation, Schaefer played for the Philadelphia Eagles for a season, then joined the U.S. Air Force. Schaefer retired from Canteen Corp. as one of its senior executives. A Mass was celebrated on the Notre Dame campus for Schaefer from his ND56 classmates.

MICHAEL MICHAUX (ACCT) passed away Feb. 20, 2019, while in hospice care in Boca Raton, Florida, after a 15-month battle with cancer. Upon graduation from Notre Dame, Michaux obtained his CPA certification and joined the Arthur Andersen accounting firm, specializing in corporate accounting. After obtaining his law degree he worked for various firms as a merger and acquisitions specialist. Eventually Michaux became the president of Optum Payment Integrity, a division of UnitedHealth Group. Michaux enjoyed travel, boating, golf and cheering for all Notre Dame athletic teams, but his true passion was training for and competing in Ironman Triathalons. Michaux is survived by his wife, Lisa, children and siblings. His last request was that his death be treated as a “NO SAD ZONE.” To honor his request, in the words of his wife and kids, “Put on your most colorful clothes, open a bottle of something nice and raise a glass to a very good man. He loved you all.”

KATHRYN SCHURTZ (MBA) and her fiance, Joseph Kearney, passed away in an automobile accident Nov. 14, 2018, on the way to their wedding in Pittsburgh. Schurtz was the head of platform partnerships for Oracle Data Cloud in New York City. She will be remembered for her voracious appetite for reading, love of cooking, and trailblazing new adventures with Kearney. She is survived by parents, Joseph and Karen, siblings and nephew.

LAURA RITTER ALLIO (MBA) lost her battle with stage 4 breast cancer on Jan. 22, 2019. She is survived by her husband, Michael, son, parents and many extended family members and friends. Allio and her husband created a life together grounded on the philosophies of love, family, laughter and faith. When Allio was diagnosed in 2017, she and her husband committed to creating a purpose to their pain. Allio’s regular updates on social media created a community of people, survivors, advocates and followers who learned from her, were inspired by her and were rooting for her. Allio’s memory and legacy live on through her advocacy, her faith and her family. 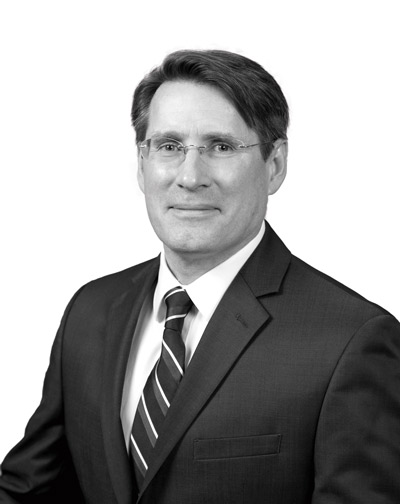 TIMOTHY J. GILBRIDE, Steve and Anne Odland Associate Professor of Marketing at the University of Notre Dame’s Mendoza College of Business, died Jan. 12 of cancer. He was 52.

Gilbride joined Notre Dame in 2004 and taught courses in marketing research at both the undergraduate and graduate level. His many research and teaching awards included the Rev. Edmund P. Joyce, C.S.C., Award for Excellence in Undergraduate Teaching, Outstanding Professor of the Year Award for the Traditional MBA Program and the Poets & Quants’ 2018 “Top 50 Undergraduate Business Professors.” He earned his bachelor’s degree in economics at the University of Dayton and his MBA and Ph.D. from The Ohio State University.

Gilbride was known across Notre Dame for his relentlessly positive attitude and commitment to his Catholic faith and his family. In spring 2014, three years after his initial cancer diagnosis, he wrote an essay for Mendoza Business magazine titled, “The Mathematics of Hope.” A native of Medina, Ohio, Gilbride is survived by wife Teresa and three children, Harrison, Helen and Hope.