Business on the Frontlines looks back at 10 years of seeking to bring about peace through business.

A decade ago, Viva Bartkus, associate professor of Management & Organization at Mendoza, launched the Notre Dame MBA course Business on the Frontlines (BOTFL) with a unique vision: to examine how to harness the dynamics of business to rebuild war-torn societies as a means of bringing about peace.

BOTFL teams study a problem presented by an outside partner, such as an international humanitarian organization or multinational corporation. In the spring, they fan out across the world to conduct fieldwork, meeting with everyone from government leaders to street vendors.

Here’s a look back at a few of the milestones.

By one estimate, thousands now earn livelihoods as a result of BOTFL projects in the field. Here are a few of the diverse challenges that BOTFL teams have tackled: 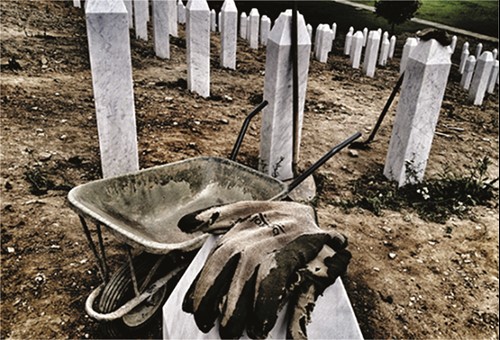 Leading scholars have shown how poverty and hopelessness create the underlying conditions for conflict, while economic growth diminishes the threat of war. Business provides an inherent stabilizing force:

Large-scale economic activity absorbs disenfranchised young men who may otherwise gravitate toward violence in the absence of other viable opportunities.

Thriving businesses and markets provide the opportunity to build networks, norms and trust among members of previously warring tribes, and ethnic and religious groups.

Business provides the safe haven to develop social capital among members of different communities, which provides the glue to hold societies together when the triggers of violence occur.

Conflict can take many forms — decades-long wars, sudden uprisings, drug-related gang violence, even natural disasters such as earthquakes and tsunamis. But one commonality is that conflict almost always destroys business activity along with a stable society. And it can be a long climb back to peace.

BOTFL has traveled the world over, sometimes visiting multiple locations in the same country, to develop recommendations for partners about generating business to address complex problems in conflict’s wake.

From Mendoza, the Law School, Kroc Institute for International Peace Studies, the College of Science:

WHEN REAL LIFE BREAKS OUT WHILE TEAMS ARE IN COUNTRY 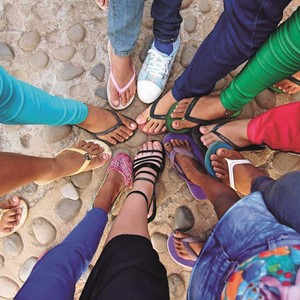 In the early 1990s, Bosnia and Herzegovina were torn apart by conflict, ethnic cleansing and genocide. When BOTFL visited in 2009, unemployment was extremely high, even though the population was relatively well educated. The team developed a business incubator concept that involved mentoring, matching foreign direct investment with startup owners and providing basic business courses. Since 2010, hundreds of people have been employed in multiple business incubator spaces across Bosnia, bolstering the hope that the concept can serve as a model for future development.

Zacapa is a poverty-stricken area with a high rate of childhood malnutrition. It also is a main thoroughfare for drug traffickers. Monsignor Rossolini, the bishop of Zacapa, launched cooperatives for small-hold farmers, including a coffee processing plant, but cash flow remained a problem. BOTFL advised renting out the drying patio to other coffee growers, which helped the cooperate stave off bankruptcy. The co-op ultimately closed when Rossolini departed two years later to become the bishop of Quiché.

Child labor is widely accepted in Mindanao, involving as many as 2,000 children ages 5-12 in just three municipalities. Officials often refused to recognize the problem. BOTFL positioned the strategy as addressing education and drug prevention, developing a tool to identify vulnerable families, determining program funding sources and creating a playbook for stakeholder support.

Pirarucu is a fish found in remote Amazonian rivers. It’s also giant — up to 10 feet long and 500 pounds. The Amazonas Foundation wants to get the fish to market to give indigenous communities extra income and discourage rainforest destruction. How do you transport fresh fish along a route that involves a five-day boat trip? Stay tuned.