HERE YOU ARE AGAIN — ON THE FIRST PAGE OF CLASS NOTES

You probably flip to this page as soon as you receive Mendoza Business magazine. You want to see who got a new job, who got married and, in some cases, who needs prayers for a soul that has departed. It’s great that you’re reading this, but information flows two ways, and we’d like to hear about you. So take a minute to share your news.

MOVED?
Let us know so you continue to receive Mendoza Business.

MIKE HALLMAN (ACCT) is president and CEO of Medjet, bringing more than 42 years of business and finance experience to his new role. Prior to joining Medjet, Hallman was the president of Rime Management for 25 years.

JOHN E. CURRAN (ACCT) was appointed to the Board of Directors at Bioasis Technologies Inc. Curran recently retired from Deloitte & Touche LLP where he served as a partner in Hartford, Connecticut 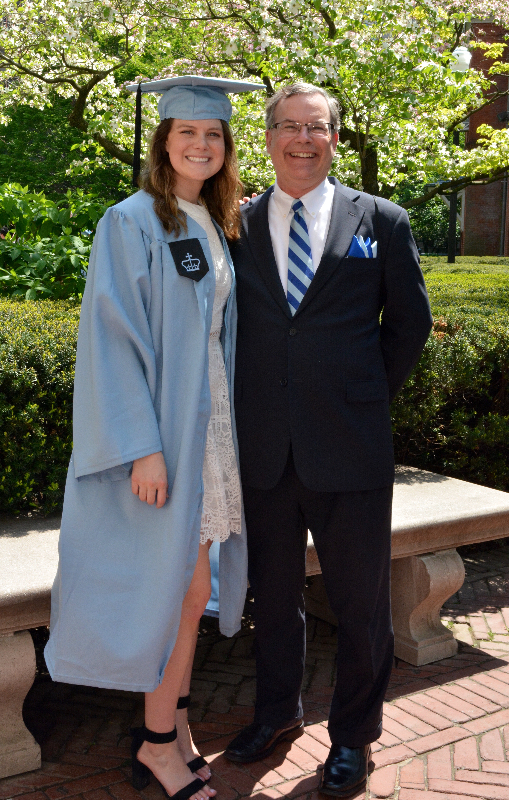 KEVIN MANION (ACCT) celebrated daughter Kerry Manion’s graduation from Columbia University in May. In addition to high academic achievements, Kerry was a four-year starting defender for the Columbia Lions women’s soccer team. Kerry is the granddaughter of John Manion ’56.

DAVID M. WURZER (ACCT) was appointed to the Bioasis Technologies Inc. board of directors. Wurzer is currently an executive vice president and chief investment officer at Connecticut Innovations in Rocky Hill, Connecticut.

MARTIN RIEGEL (ACCT) is chief executive officer of STRmix Ltd., the newly formed subsidiary of the Institute of Environmental Science and Research.

TOM DARROW (ACCT) was named inaugural board chair of the Association of Talent Acquisition Professionals. He recently completed an eight-year term where he served on the board and as board chair for the Society for Human Resource Management Foundation.

PERRY DELLELCE (MBA) is chair of the board of directors of Aequitas and NEO Exchange. Dellelce is the founder and managing partner of Wildeboer Dellelce LLP.

THOM BROWNE (ACCT) outfitted the Cleveland Cavaliers with his custom designer gear for Game 3 of their playoff series in the Bankers Life Fieldhouse in Indianapolis. The Cavaliers wore coordinated ensembles: made-to-measure suits, ties, shoes, bags and eyewear by Browne.

JERRY FICHTER (MBA) is the global controller for Reed Smith LLP. Previously, Fichter was the firm-wide manager of accounting at Mellon Financial Corp.

EDDIE LUND (FIN) was promoted to president of the Allen Lund Co. LLC. Lund was the former vice president of sales and operations.

CARRIE (DWYER) BIENKOWSKI (FIN) was elected to Conformis Inc.’s board of directors. Bienkowski is the chief marketing officer of Peapod LLC and was previously the head of buyer experience for eBay’s fashion vertical in the European market.

JOHN GHINGO (MARK) is president of Applegate Farms LLC, a subsidiary of Hormel Foods Corp. Previously Ghingo was president of plant-based foods and beverages at the WhiteWave Foods Co.

JAMES PARSONS (MARK) has been named to the University of Notre Dame’s Board of Trustees. Parsons is a portfolio manager for Junto Capital Management in New York City, a hedge fund he founded in 2014, focusing on the technology, financial and business services sectors.

JOSH QUINN (MARK) is lead singer and co-founder of the suburban Milwaukee band The Cheap Shots, which celebrated its 10 year anniversary July 11 at Wednesday Night Live, a free weekly summer concert series at the Budweiser Pavilion at State Fair Park, where they have played about 30 times.

PETER LENARDOS (ACCT) is chief financial officer for Cinnober Group. Since April, Lenardos has been active as a senior financial advisor to Cinnober. Previously, he was managing director in the Royal Bank of Canada’s London office. He will be based in both Cinnober’s London and Stockholm offices.

MARK FAZIO (ACCT) was elected to partnership to Porter Wright Morris & Arthur LLP. Based out of the firm’s Cleveland and Pittsburgh offices, Fazio represents clients on a wide array of corporate and business law matters.

ALLEN BANCROFT (EMBA), principal product engineer at RE2, is leading a project with the U.S. Air Force called the Common Aircraft Retrofit for Novel Autonomous Control (CARNAC). The goal is to develop a “drop-in” pilot that would allow a plane to fly by itself, without making any modifications to the aircraft.

In addition to his work at RE2, Bancroft is the CEO and developer of the NogginLOC, a new helmet restraint system that is many times more secure than conventional helmet chin strap systems. He is also the developer of FaceLOC, a new system designed to quickly remove a helmet’s face mask to gain quick access to the face, neck or airway in the event of an injury. His helmet technology is used by thousands of athletes around the world, from youth leagues to professional teams.

Outside of work, Bancroft is also a former National Go-Kart Champion and NASCAR Dodge Weekly Racing Series race car driver, as well as a private pilot. He also sponsors a FIRST Robotics team, which has seen much success in competition.

ERIN FITZGERALD (FIN) is the chief executive officer of U.S. Farmers & Ranchers Alliance (USFRA), a leader in consumer engagement for food and agriculture. Previously, Fitzgerald was the senior vice president of sustainability at Dairy Management Inc. 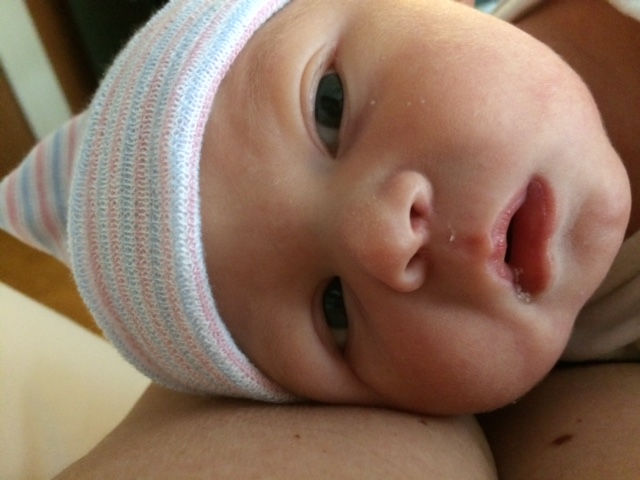 CHRISTINA GLORIOSO (MBA, FIN ’95) welcomed a son, Camden Lee, on May 29. Camden weighed in at 7 pounds, 11 ounces, and 20.5 inches. Big brothers, Chase, Jake and Jesse, are excited about the new addition to their family.

JON LANASA (FIN) is the chief financial officer and head of corporate development at the Houston-based fintech firm Harvest. LaNasa has more than 20 years of experience as an entrepreneur, operator and investor.

BRANT UST (MARK) is an associate athletics director for administration at Notre Dame. In this newly created role, Ust will oversee a wide range of responsibilities that contribute to the efficiency and effectiveness of day-to-day operations. Previously Ust served as assistant athletics director and executive director of the Monogram Club at the University of Notre Dame. 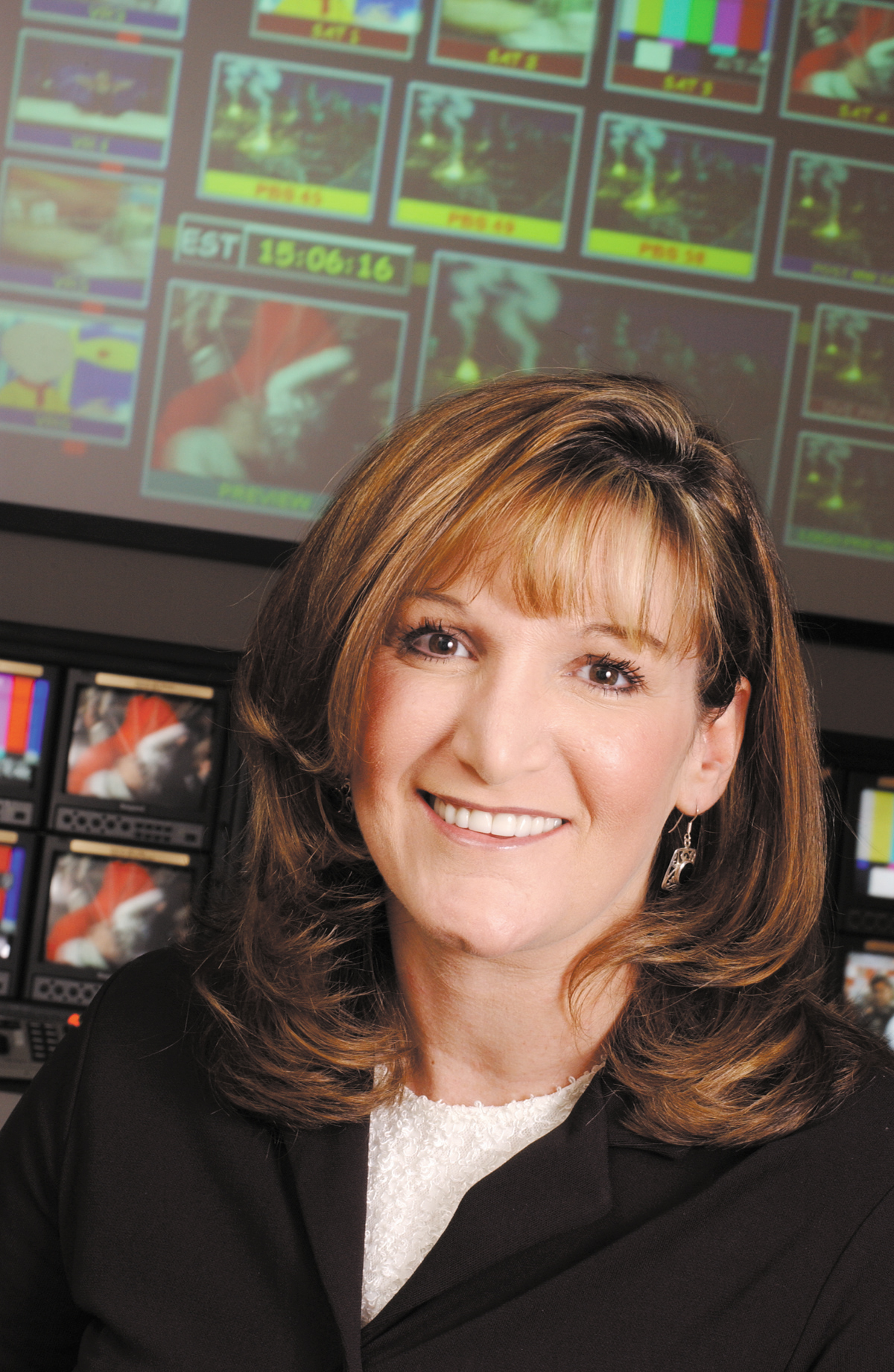 TRINA CUTTER (MNA), president and CEO of Western Reserve Public Media, was appointed a voting board member to the Ohio Women Veterans Advisory Committee. Cutter represents District 3, which includes 19 northeast Ohio counties, on the 11-member board.

Cutter served more than four years in the U.S. Air Force. Ohio Department of Veteran Services Director Chip Tansil (U.S. Army, retired) selected Cutter for the two-year term on the committee, which identifies and assesses the needs of Ohio’s women veterans and assists the ODVS in providing information to women veterans about benefits, entitlements, education, employment and training. The committee recommends and plans events to advance professional development, camaraderie and the positive image of Ohio’s 67,000 women veterans.

TONY KALLSEN (EMBA) joined Carter Bank & Trust as executive vice president and chief credit officer.
Kallsen has 27 years of executive and loan portfolio management experience. He has worked for national banks in Illinois and Michigan in various credit and asset management positions and most recently in Pennsylvania with First Commonwealth Bank as senior vice president and senior credit officer.

MICHAEL BRAVERMAN (EMBA) joined hc1 as vice president, services and analytics. Braverman is responsible for leading the delivery of hc1 solutions to customers and instituting enhanced processes and analytics to support long-term customer success. Prior to hc1, Braverman served as a director of PureConnect business operations at Genesys and held senior leadership roles at Interactive Intelligence.

ASHLEY MARTIN (MARK) was appointed to NIBCO’s executive leadership team and as an officer of its board of directors. Martin continues her responsibilities as senior vice president of sales, overseeing wholesale sales, retail and specialty sales for the Elkhart, Indiana, company.

JILL BODENSTEINER (EMBA, BA ’91) was appointed as the director of athletics for Saint Joseph’s University, and is the first woman in the University’s 166-year history to head its athletics program. Bodensteiner is responsible for overseeing the Hawks’ 20 NCAA Division I men’s and women’s varsity sports and membership in the Atlantic 10 Conference.

Previously Bodensteiner had a 20-year career at Notre Dame, beginning in the Office of the General Counsel, progressing to the athletics department in 2009, and culminating as senior associate athletics director five years ago.

RYAN TORKELSON (MSA) was awarded the Uwe J. Rudolf Endowed Faculty Fellowship for the 2018-19 academic year. The award is given to faculty in economics, accounting and management to support their scholarly work and other professional development, with the goal of enhancing and promoting excellence in student learning. Torkelson has been an assistant professor at Luther College since 2015, focusing on financial accounting, auditing and information technology. He has been a certified public accountant in Minnesota since 2009.

CONOR BOSSY (FIN) was promoted to senior vice president of acquisitions for Pine Tree LLC. Bossy is based in Pine Tree’s Northbrook, Illinois, office and is responsible for sourcing and negotiating new potential acquisitions to be added to its retail portfolio, which currently exceeds $700 million.

JOE KINDT (MBA) joined the Atlanta office of Spencer Stuart, one of the world’s leading executive search and leadership advisory firms, as a consultant in the industrial practice. Previously, he was a consultant for Russell Reynolds Associates, specializing in searches for engineered product companies and automotive and industrial technology providers.

MARK MADRID (MNA) was named to the National Diversity Council’s 2018 Top Latino Leaders list. Madrid is CEO of LBAN/Latino Business Action Network in California, which has the goal of doubling the number of $10 million, $100 million and $1 billion Latino-owned businesses by 2025.

CLAIRE KENNEY (MBA) accepted a marketing communications management position in Chicago with Evention, a web-based solution for automated cash and gratuity management for the hospitality, retail and restaurant industries.

RUTH RILEY HUNTER (EMBA, BA ’01) is a radio and television analyst for the Miami Heat. Riley Hunter will work radio for Heat home games and be an in-studio analyst on the television side when the team is on the road. She is the only woman scheduled to be a regular analyst on an NBA team’s radio broadcast this season. After leading Notre Dame to the 2001 women’s basketball national championship, Riley Hunter played in the WNBA for 13 seasons. Riley Hunter was a television and radio analyst for Notre Dame women’s games, and was also a broadcaster for San Antonio’s WNBA and G League clubs.

ERIC BRUNTON (EMBA) was named as a Financial Times Top 401 Retirement Advisor for 2018. Brunton is a financial advisor for Merrill Lynch, and he lives in Carmel, Indiana, with his wife and three children.

Five alumni were honored at the fourth annual Mendoza Graduate Alumni Awards Luncheon in October. The 2018 winners are: