The diehard Cubs fan faces life’s challenges with faith, perseverance and an indomitable spirit to serve others.

Sometime before baseball season gets hot again, Accountancy Professor Ken Milani will have to spring for a new candle. Not just any candle, but one bearing the insignia of the 2016 World Series Champion Chicago Cubs.

The old candle, a gift 15 years ago from his wife, Joan, sat in his office. And sat. And sat. And sat. Milani only lit the candle when the Cubs did something significant, like win six games in a row. Mostly — sadly — the candle languished for years amid his other souvenirs of the Loveable Losers. That is, until this past year when Milani had occasion to light it so often it folded into a mere puddle of wax.

“They even won all five games that I attended last year,” he says, a shadow of incredulity still lingering in his voice. “That’s never happened before.”

Milani has been an unswerving fan of the team his entire life. When he and Joan, who was partial to the Cincinnati Reds, were first married, he called it a mixed marriage even though they are both Catholic. Fortunately, they resolved their differences. “We went to see the Cubs play the Reds when she was eight months pregnant with our first child, Mike (FIN ’86),” he laughs. “She rooted for the Cubs, and I said, ‘OK, we can have the kid now.’”

A sunny-spirited man with a talent for telling a charming story and terrible jokes (usually about the Cubs), Milani grew up in the Chicago suburb of Cicero, still known as Al Capone’s old stomping grounds. His mother worked in a factory before going to beauty school and establishing her own shop. His father worked in the coal mines and a foundry. Eventually, the pair bought a tavern/pizzeria.

“My dad had me help him with the books,” he recalls. “I was able to find out at an early age that the numbers would tell me a story in terms of what part of his business wasn’t doing well. Was there something that we had to change in terms of what we were selling? Our prices? Hours? That type of thing.” A career in accounting seemed a natural fit.

If Milani came by his affinity for the Cubs in part through geography, he also recognized something of his community in the dogged way the Cubs kept at their pursuits.

“I think I’ve always understood the working poor, but I didn’t realize I was among them until I went to college,” he says. “I was a sophomore, taking a sociology course, and the professor was describing a ghetto — railroad tracks and truck terminals over here, warehouses over there. I raised my hand. I said, ‘Professor, that’s not a ghetto, that’s my neighborhood.’ And he looked at me, and he said, ‘Well, Mr. Milani, you live in a ghetto.’” But to Milani, it was the place where a lot of people were working very hard just to get by.

“I can’t go back and thank the people who put me where I am right now. They’re all gone — my mom, dad, neighbors, others. But I’m kind of a spiritual guy, and I really take the Bible’s words pretty seriously that to those whom much has been given, much is expected,” he says.

The Tax Assistance Program (TAP), which he co-founded in 1972 to assist low-income and disabled South Bend and Mishawaka residents with their federal and state taxes, is one way he pays it forward. Still going strong, TAP is staffed by about 100 undergraduate and 15-or-so graduate students from Mendoza and Saint Mary’s College. Annually, they tackle approximately 4,000 returns, including tax reports for international students who must file federal returns in order to maintain their visas.

It’s not just the residents who benefit. “For many of the students, it’s the first time they’ve worked on an accounting situation with real dollars or real implications,” Milani says. “At the end of the course, a lot of them will talk about the fact that it really opened their eyes to the world of the working poor. What they found out was that people are coming in with six, seven, eight W-2 forms from all the part-time jobs they’ve worked just to make $20,000, if they’re lucky.”

Perhaps the practice of endurance all those years as a Cubs fan helped Milani to deal with heartbreak when a hockey accident left his 17-year-old son Adam (’88) with quadriplegia in 1983. But Adam was determined not to skip a beat. He had just received his acceptance letter to Notre Dame only days before the accident. He was so determined that he was able to start Notre Dame on time. He went on to enroll at Duke Law School, which led to a career as a law professor at Mercer University in Macon, Georgia, where he was an expert on disability law. “He was one of the first legal writing professors to get tenure at any law school,” says Milani, his pride evident. “Adam taught me a lot about perseverance.”

Milani supported Adam in all of his educational and professional moves, driving him halfway across the country and back again as necessary. Through all those many hours in the car, Milani says, Adam became not just his son, but his very close friend. Adam died unexpectedly 12 years ago from complications related to his injury. For many weeks afterward, Milani was so heartbroken, he lost his voice.

But he holds in his heart how his community supported him and Joan at the time of Adam’s hockey accident. “The Notre Dame/South Bend community held a number of fundraisers, raising over a quarter of a million dollars,” he says. He and Joan were able to reconfigure their home for a disabled person and buy a van so Adam could drive.

Today, Milani has 150 to 200 names on his prayer list and lives by the acronym PEWS — Peace, Endurance, Wisdom, Strength, a philosophy he largely credits to Adam.

“I was all in before Adam was injured,” Milani says. “But when that happened, I promised I was going to give back to this community as long as I can.” 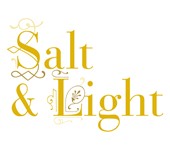 The Mendoza Business Salt & Light series features Mendoza faculty, staff, students and alumni who live out Christ's charge to make a difference in the world. See bizmagazine.nd.edu for mor profiles.