WE SAY WE WANT HUMBLE LEADERS. THEN WHY DO WE MAKE SNAP JUDGMENTS ABOUT THEIR EFFECTIVENESS?

Humility. Mother Teresa called it the “mother of all virtues.”

Recently, this ancient antidote to self-deceiving egotism has acquired a golden aura as a cardinal virtue for business leaders. The saint who cared for the poor of Kolkata described humility in a way that helps explain its attraction to everyone from your departmental supervisor to the corporate CEO: “If you are humble,” she once said, “nothing will touch you, neither praise nor disgrace, because you know what you are.”

Social science research on humility has taken off in recent years, and the media has noticed, identifying the likes of Warren Buffett and Hobby Lobby CEO David Green as exemplars. “When I’m hiring,” the managing director of Harvard Innovation Labs told The New York Times, “it’s the one thing I’m looking for.” And virtually every business publication has published advice under some version of the headline, “X Ways Humility Can Make You A Better Leader.”

Not so fast, says Cindy (Zapata) Muir, an associate professor of Management & Organization at Mendoza. After reading all of the hype on humility, she says, “I wasn’t convinced they were capturing the full story. One, there wasn’t any work examining the consequences for the leader. And two, it just seemed to me that displaying humility could have negative consequences for the leaders themselves.”

Over the last 11 years, Muir steadily developed a growing body of research on organizational justice and trust, with a focus on the ways in which perceptions of individual behaviors and of race and gender differences may affect the relationships between managers and employees. Her experience of how humility can function in the academic workplace is partly what drew her and her research partner, Texas A&M doctoral student Laura Hayes-Jones, to study the consequences of humble behavior in the corporate world. 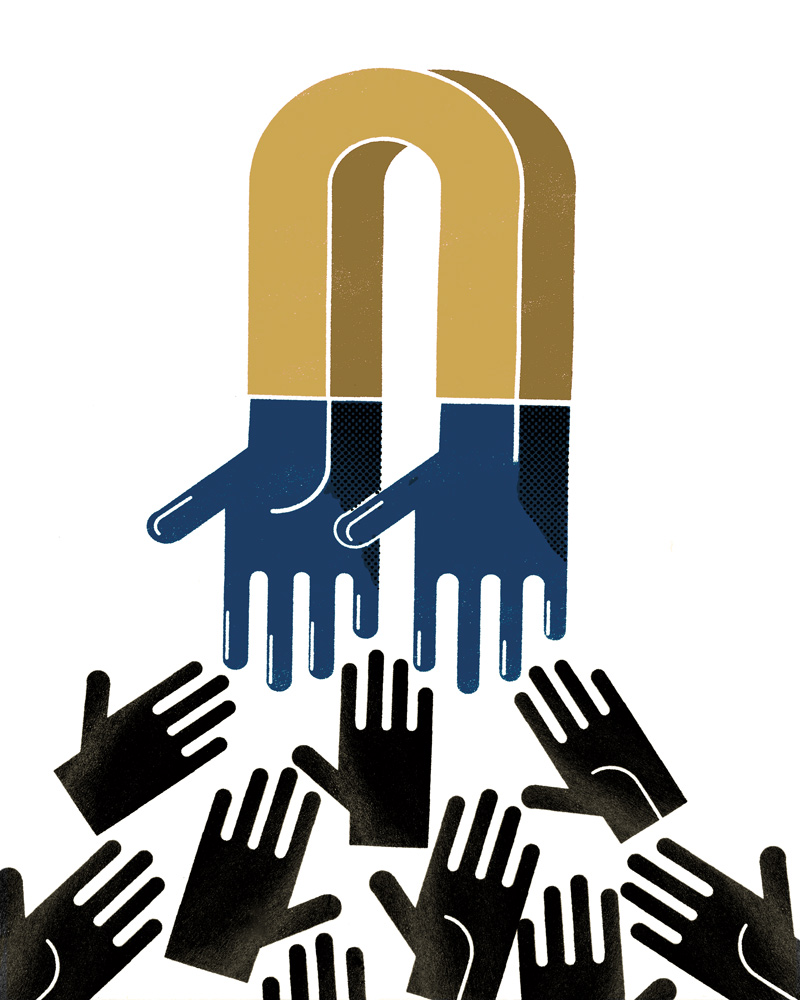 “I like studying things where I feel like I have a slightly different take than the current consensus in the literature,” she says. “I noticed that I did some of these things myself — acknowledged mistakes, gave other people credit — and that it didn’t always seem to work in my favor the way the literature seemed to imply.”

“When people ask about my research, I tend to give my co-authors and mentors the credit they deserve,” she continues. “And yet this seemed to surprise some people, as if perhaps I hadn’t done as much as they initially thought I did. But in my view, none of us would be where we are without the help of others.”

People make judgments about their leaders in instances of success and failure. That much Muir and Hayes-Jones took as given. Humility in the context of failure, they found, doesn’t matter so much, because the leader’s responsibility is assumed.

But in times of success, when leaders say, “This person deserves credit,” humility can work against them, says Muir. Deflecting praise and spotlighting others’ achievements may reinforce positive perceptions of their warmth, kindness or empathy, their openness to advice or their good listening skills. But such actions offset those good impressions with negative appraisals of their dominance, competence and assertiveness — traits typically associated with effective leadership.

The result, the researchers found, can be a perception of the leaders’ diminished effectiveness.

Born in Miami, the daughter of Colombian immigrants, Muir moved with her family around south Florida and spent summers with her relatives in South America. Thoughts of becoming a psychiatrist got her started in biochemistry at the University of Florida, but she soon shifted to psychology and business when she realized her talents lay more in understanding social dynamics than in clinical work.

She pins her interest in supervisor-employee relations to one textbook case study in particular: the way workers in the different factories of one company responded to a pay cut based on the CEO’s presentation of the financial hit. “To me, it was so amazing that just having your CEO come in and give people this explanation led to lower levels of turnover and theft,” she says.

A quiet iconoclast, “introverted by nature,” Muir notes that much of her work — all of it to date published under her birth name, Cindy Zapata — takes an “uncommon” perspective.

“I really empathize with the supervisor,” she says. “They often realize there’s a disconnect between the things they do, and how they’re seen by their employees. I like to study why that disconnect occurs, what strengthens it, what weakens it.”

That approach has produced some intriguing findings. For instance: Employees care not only about being treated fairly but also about why a supervisor treats them fairly. Outcomes for the supervisors are more favorable when motivations appear to arise from their genuine interest in employees’ well-being, rather than from their own professional self-interest.

In another study, Muir and her colleagues examined differences in how minority and white supervisors fare when they apply commonly accepted rules of interpersonal justice while allocating resources among their direct reports. They discovered that when minority supervisors treat their employees with equal dignity, they actually experience significant bias from those employees, based on racial stereotypes and suspicions of minority deceitfulness.

“Interpersonal justice is a double-edged sword for minorities, who can either act unjustly and be treated equally” to whites who have also behaved poorly, “or act justly and be treated unequally,” the paper reported, while noting the value of building closer one-to-one relationships among employees and their supervisors as the path toward diminishing prejudice.

Such findings come in handy as Muir teaches MBA courses in negotiations and leadership. In the case of humility, where the prevailing wisdom all points to one conclusion, she says, “I wanted to make sure that was actually good advice.”

It’s one thing if you’re being humble because it’s just who you are, she says. Then maybe you’ll know, as Mother Teresa did, that, “If you are blamed, you will not be discouraged.” But if you’re acting that way because Fast Company or The Wall Street Journal said so? Says Muir: “Perhaps you’ll read my article and think, “OK, maybe I should stop doing that.”

Cindy (Zapata) Muir, associate professor of Management & Organization, researches in the areas of individual differences, organizational justice and trust, and diversity, particularly in the context of supervisor-employee relationships.

Published: “The consequences of humility for leaders: A double-edged sword” Organizational Behavior and Human Decision Processes, May 2019 Cindy (Zapata) Muir of the University of Notre Dame, Laura C. Hayes-Jones of Texas A&M University.