WHERE ARE THEY NOW?

Six years ago, a group of Mendoza undergraduate students leaped into the air for a photo to accompany the news story that the College ranked No. 1 among the nation’s business schools.

Jumping poses have become the photo equivalent of the smiley face — cliché to the point of triteness. But that photo, taken by Matt Cashore (ND ’94), seemed to capture a moment of youth. Looking back, the students, now alumni, all remember that day well. As only the young can, they fully embraced their bright futures ahead with gratitude for the University they were about to leave. The day was bright, they were having fun with friends, and they jumped.

The camera seemed to catch all of their optimism and energy. So much so, the image continues to circulate the internet like a wandering spirit, accompanying news stories and other random mentions of Mendoza to this day.

The students themselves, however, are not frozen in some internet netherworld. They are far enough down their career paths to have taken some twists and turns in unexpected directions. And as young as they are today, they have some meaningful things to say to their even younger selves.

YOU’RE JUST CHOOSING YOUR NEXT STEP 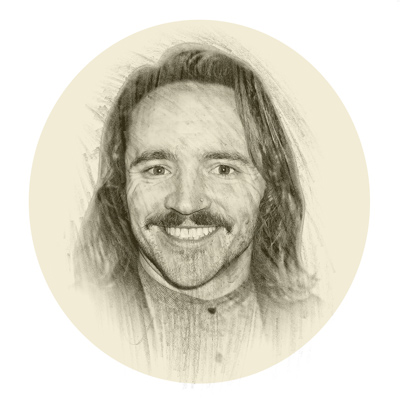 Quillard strikes you as a work-hard-play-hard type. After moving through two jobs after graduation, he works in Washington, D.C., in a consultant-like capacity for education technology and research firm EAB. It’s a job that combines his double majors in business and sociology and his minor in education.

For a time, the former athlete resented how much of his life he had dedicated to sports, and he deliberately chose Notre Dame to be more of a holistic contributor. But he eventually came to see that bike polo (a self-confessed obsession) and other sports fed his creativity and happiness, especially when teaming up with fellow ND alums. As he thinks about his younger self, he reflects on the pressure to march through a list of check boxes — SATs, college, major, career — that starts as soon as a person turns 16 (or earlier). But life, he says, is not so straightforward.

“For the first time in your life, you’re facing an open field where you get to determine where to run around, instead of an interstate in which you must go straight. Lord willing, it’s a long career, so feel no angst in doing a hard pivot in your 20s.”

BE INTENTIONAL WITH YOUR TIME

Nearly four years ago, Lamb took a leap from a career in management consulting with KPMG to work in operations for Uber in Chicago. Lamb enjoys situations where he has to work through challenges and find new solutions, and he’s found a good match in Uber’s entrepreneurial environment. After two-plus years in Uber’s ridesharing business, Lamb moved into Uber’s Freight division where he has built out a cross-functional team of analysts and project managers focused on driving operational efficiency.

When Lamb looks back on the photo shoot, he thinks, one, how young they all were, and two, how different they all were then in how they thought and what they wanted for their futures. At the ripe old age of 29, he knows any advice he can offer is imperfect, yet he views time, as a poet said, as the “passing of phantoms.” In short, time is fleeting. Make today count.

“As everyone knows, life gets more complicated as you get older. If you really want to pursue something you’re passionate about, whether that’s writing or the arts, something professionally or a personal relationship, time is the real constraint.”

BE OPEN TO WHAT’S IN FRONT OF YOU

El-Sawaf has a comfort level with rapid change that most would envy. That’s a good thing because his work as an IT consultant with a general contractor in Washington, D.C. — his third company since graduation — means nearly constant change. He earned a classified status that allows him to work on government projects. But still, project funding comes and goes.

The jump captured in the photo, said El-Sawaf, is a good depiction of the jumping off point that a degree from Mendoza provides. He owes his first job to an ITM alumna who gave him a foot in the door. When he moved to D.C. without a permanent place to live, the combination of a new job, new city and cost of rent threatened to overwhelm. But on his second day of work, he met up with a group of ND alums for happy hour, and quickly began to connect with a community that helped him feel at home. However, his philosophy is to keeps his options open and prepare for change (and thinks you should, too).

“Don’t ever be afraid to make a change if the position isn’t working out. I’m not saying quit immediately if not everything is 100 percent the way you want it, but one of the best moves you can make is to continue to search for those next steps.”

YOU’RE GOING TO FACE A LOT OF FORKS 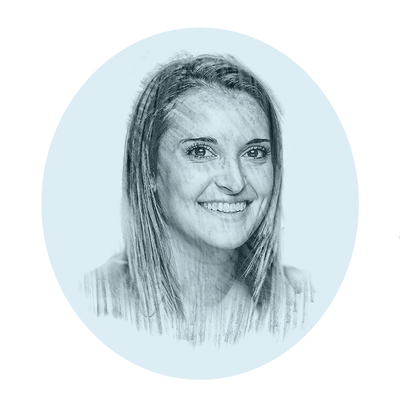 A high level of comfort in her job is not a must-have for Duva. In fact, she thinks it’s probably a sign she’s not performing at her best. Her first job as part of a marketing team for a fintech company gave her a lot of hands-on experience that enabled her to take her current position as the director of marketing for a small tech consulting company in Blue Bell, Pennsylvania.

Her experience also points to the advantages of working for a small company, which sometimes isn’t a new graduate’s first choice of employer. And if you think, wow, her career sounds like a checklist of business disciplines — accounting, marketing, tech and finance — Duva doesn’t. It simply reflects the balanced curriculum of a Notre Dame education and a willingness to go where the path leads.

“What seems like a crisis now is really just a learning experience. You’re going to have to make decisions where you’re not aware of all of the outcomes. Go in with a positive attitude and make the best of what happens.”

APPRECIATE WHERE YOU LIVE 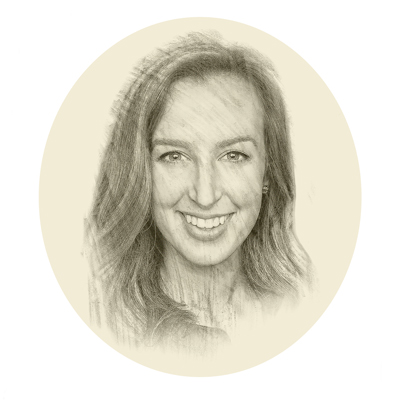 New York could be considered a character in the Oregon native’s story. Even though her schedule doesn’t allow a lot of free time, she’s determined to fully appreciate living in the city by becoming an intentional tourist, visiting the many landmark sites that NYC natives may roll their eyes at. It’s part of her attitude of gratitude to fully take in wherever she lands.

Hefele recalls not only the photo shoot, but the quote that was included as part of the poster produced from the image: “Let your smile change the world, but don’t let the world change your smile.” She considers it as a motto even in her current high-pressure position as a consultant at McKinsey & Company. Her office is just across the street from her previous employer of almost six years, the National Football League, where she worked in marketing and fan development. Her move to McKinsey sometimes makes her feel like a black sheep among all of the Harvard grads, but she sees that as an advantage.

“It’s so easy to get trapped in the momentum of planning for the future — next semester, next job, next city. But you’ll never regret digging into where you are right now.” 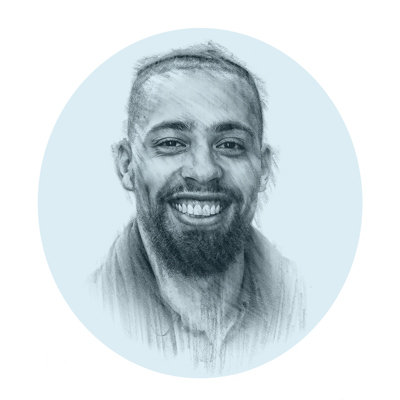 Win an Emmy. Host an educational show. Those are Staples’ two big career goals. But right after graduation, with no job offer in hand, he took a job at Legends of Notre Dame to pay the bills and figure out his next step. The experience served up something of an existential knock upside the head. He realized that he really wanted to be a film producer, and to do that, he needed more education. He headed off to LA (where else) and enrolled in USC’s film school. Today, he’s working on his Ph.D.

Staples recently produced a short film for the Notre Dame “First Time Fans” series, where he took three kids from the west side of South Bend to their first ND game. He describes the experience as “Freudian” because he felt he was talking to himself in trying to show these young teens what’s possible. For all of his high-energy patois of plans and ideas and stress, Staples’ advice to his younger self is surprisingly reminiscent of “the dude abides.” It’s all more than good. In fact, it’s great.

“Normally, I’m stressed and waiting for the next check or next production job, or cold-calling people and trying to figure out the next thing. You can get caught up in that and you don’t live for today. But you’ve got an amazing wife. You got a roof today. You got to eat today. You’ve got two dogs. Appreciate it. You can’t gauge progress when you’re up in it.”