A FUTURE IN HIS PAST

RUVIEL SIBAJA HAD JOB OFFERS FROM ALL OVER WHEN HE GRADUATED FROM ND. HE CHOSE A POOR, RURAL TOWN IN CENTRAL MEXICO

When Ruviel Sibaja completed his Master of Nonprofit Administration at Notre Dame last July, his education and experience earned him a wide range of job offers. Some enticed with glittering opportunities in the United States. Others appealed to his desire to return to his native Mexico and work for well-financed corporations in the hip cosmopolitan centers of Monterrey or Mexico City.

But in deciding his future, Sibaja couldn’t forget the many people who had helped him cross the yawning chasm between his childhood as an orphan in faraway Oaxaca and the monumental accomplishment of earning his Notre Dame degree.

The Catholic Church took in Sibaja and three brothers to an orphanage in Cuernavaca after his mother died and his father couldn’t care for the family. A family in Wisconsin — strangers, really — agreed to sponsor his education at the University of Monterrey in Mexico. And a businessman he met in Monterrey stepped in to help him take advantage of a study-abroad opportunity in Hungary.

So Sibaja chose to go to Tamuin, a poor, rural area in central Mexico, to help a family business start its own charitable foundation to improve the housing and education in the region.

If Sibaja’s story is remarkable for how far he’s come, it’s also a reminder that in some sense, all roads do lead home. His work with cattle-farming business Grupo GUSI takes him to a place and people he understands from experience. 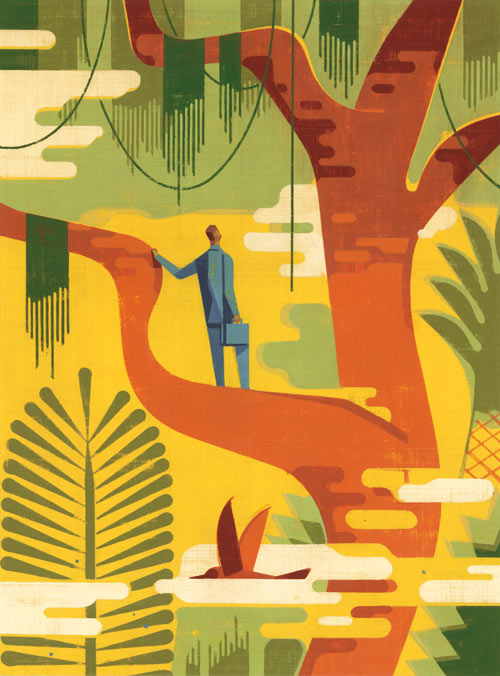 “There are areas in Mexico that you can’t understand the type of poverty that people experience until you are in the place,” he said. “People are still earning not even a dollar a day. People have houses without an adequate roof. No running water for miles. No adequate power service. Sometimes I think, how could this happen, right now in 2019?”

Sibaja created a charitable foundation for Grupo GUSI called Foundación GUSI, which is a challenge in a place with little understanding of nonprofit rules or boards. Attempting to evaluate the success of a new after-school program, he realized they would need to fund and build a high school in the next few years. He is not daunted. He’s been there before.

“I think that understanding or connection that I find with kids in America or my own country of Mexico, all that comes from my education that I received at the orphanage,” he said. “That transforms my understanding and the approach that I take toward seeing what is needed in poor communities.”

Born in 1979, Sibaja was the fifth boy in his family in the southern state of Oaxaca, among the poorest in Mexico. His mother did not survive the sixth birth. Sibaja said his father’s problems with alcohol made him incapable of supporting the family, so he asked the Church for help.

Sibaja and his brothers went to Nuestros Pequeños Hermanos (NPH) in 1980. His father passed away soon after. About 30 minutes south of Mexico City, Cuernavaca is home to the original NPH facility that cares for about 700 children.

Nuestros Pequeños Hermanos, or Our Little Brothers and Sisters, was founded in 1954 in Cuernavaca. A boy was arrested for stealing from the poor box of a small church in the region. Father William Wasson, a young priest from Arizona, refused to press charges. Instead, he asked for custody, and a week later the judge sent him eight more homeless boys. Today, more than 3,300 children live in NPH orphanages in nine countries in Central and South America.

“I really enjoyed my experience in the orphanage, where I lived for my first 15 years and went to kindergarten, elementary school and part of high school,” Sibaja said. “We had our own cornfields. We worked every day to be able to eat the tortillas or whatever they made out of the corn. And there were other jobs where we learned the value of work and responsibility.”

The Mexican high school system begins with three years of general education, then another three years of what is known as preparatory school. In between, the orphanage requires a year of service work, which Sibaja did in Nicaragua. Through a donor, NPH had a building in Monterrey to house groups of orphans for preparatory school. Sibaja said his class started with about 25 students, but only a half-dozen or so graduated.

While Sibaja finished his accounting program, he wanted to go to one of the most prestigious colleges in Mexico, but the orphanage couldn’t afford it. He applied for a full scholarship at the University of Monterrey, a prestigious Catholic university in northern Mexico, and asked for additional support from a family in Wisconsin that had gotten to know him over the years.

Frank and Marita Beaudette, who at the time lived near Minneapolis and later moved to Wisconsin, met Sibaja in the 1980s through Minnesota Friends of the Orphans, a fundraising group for NPH that spoke at their Catholic church. The organization was seeking sponsors for their children to share their cultures by coming to Minnesota for a week.

“Ruvi is like a godson to my parents and a godbrother to me, so we were proud to sponsor him,” said Jennifer Lefler, the Beaudettes’ daughter. “He was so passionate and certain that he could make more of his life if he had an education.” 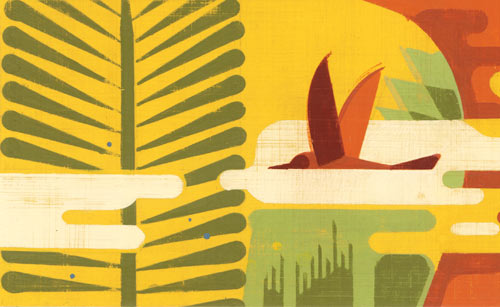 Sibaja attended Yavapai Community College in Arizona for a year and qualified for the scholarship at the University of Monterrey. The Beaudettes continued to help Sibaja during college and to visit with him over the years, bringing him often to their home in Amery, Wisconsin, a small town just inside the state border.

While studying international relations at the University of Monterrey, Sibaja began fundraising for the orphanage and helped found a partner group, Alianza Para La Educación Mexico, which promotes college education for low-income and orphaned kids. As he made contacts and formed relationships in the fundraising and nonprofit worlds, he realized that a story — his own — was a powerful way to show potential donors that their money would make a difference.

He helped Alianza create a college program for NPH orphans in Haiti, bringing three or four students each year to Mexican universities with full scholarships and support. He also worked for Boys Hope Girls Hope International in Monterrey and continues to serve on Alianza’s board.

Sibaja completed his MBA at the University of Monterrey in 2013, including the exchange program in Hungary. He went on to earn a certificate in nonprofit management from Georgetown University — an achievement that gave him the confidence to pursue an MNA degree from Notre Dame.

“My thinking is, this is the essence of what we say every day at Notre Dame, to be ready to put our talents to serve other people having a difficult condition of living,” Sibaja said. “I wouldn’t have been able to have the training I have without other people’s support, and this is my time to give to a small town someone who is trained in this field.” 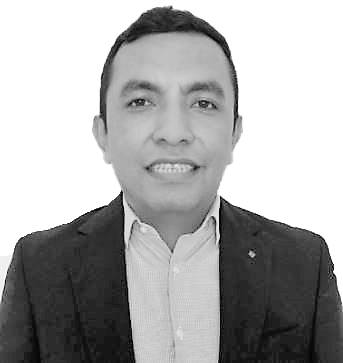 RUVIEL SIBAJA
Ruviel Sibaja’s (MNA ’18) journey was a long one from an orphanage in his native Mexico to finishing a degree at Notre Dame. But each step of the way, he found reasons for gratitude and a determination to give back.

SALT & LIGHT is a continuing series featuring faculty, staff, students and alumni who live out Christ’s charge to make a difference in the world. See bizmagazine.nd.edu for additional profiles.