NEW BUSINESS RESEARCH QUESTIONS ARE COMING INTO FOCUS, THANKS TO THE PANDEMIC 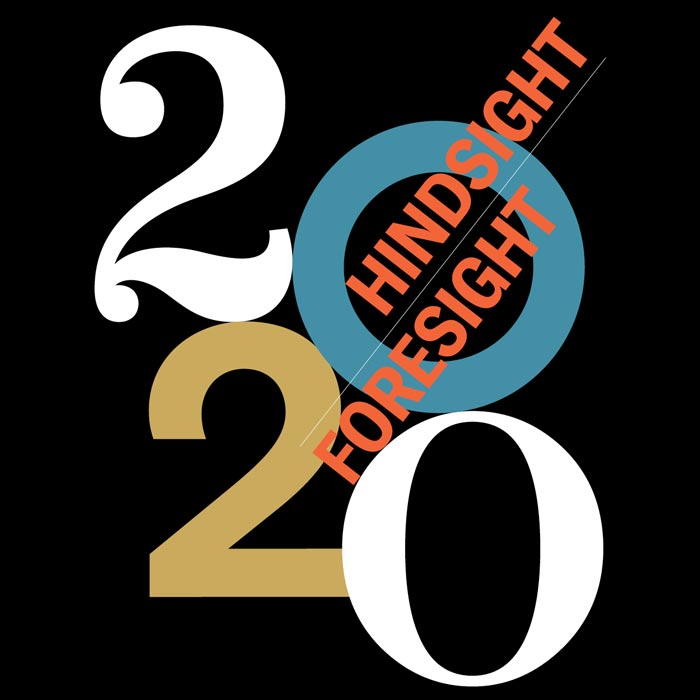 Like a receding tsunami, the pandemic has revealed fault lines, breakages and even new truths in real-time about a vast number of facets of daily life we normally take as givens — from stocked grocery shelves to working in an office that doesn’t double as a dining room.

We asked four Mendoza researchers where they saw seismic shifts in their areas of study in the past year and what they consider to be the “great questions” to be answered in future research.

CRACKS IN OUR SUPPLY CHAINS

The pandemic revealed that the American supply chain strategy, once touted as a “textbook” approach, was extremely vulnerable to disruptions.

Kaitlin Wowak
Assistant Professor of IT,
Analytics, and Operations

American supply chains have long relied on the principles of being lean and cost-effective. This focus translated to firms keeping very
little inventory on hand and sourcing the majority of materials for products from overseas. The pandemic revealed that this supply chain strategy, which was once touted as a “textbook” approach to managing supply chains, was, in fact, extremely vulnerable to disruptions.

These disruptions impacted consumers in significant — and sometimes tragic — ways as we saw a dire shortage of personal protective equipment, ventilators, sanitizers and other critical products used to combat COVID-19.

The impact of the pandemic on modern supply chains has implications for researchers and consumers alike. From a research perspective, supply chains behaved exactly as theory would predict: Modern supply chains that connect hundreds, if not thousands, of companies around the world became overly optimized, or spread too thin, with little inventory buffers in the system.

The decades-long efforts to maximize supply chain efficiency created a precarious system that was unable to quickly adapt to the massive disruptions created by COVID-19. From a consumer perspective, the pandemic revealed that supply chains comprise the backbone of society, as consumers saw product shortages in almost every industry from fitness equipment to dog products.

Even though the pandemic was a singular event, there needs to be a paradigm shift in the optimal way to manage modern supply chains to avoid future breakdowns, with more emphasis on sustaining production during disruptions in order to meet consumer needs.

As a researcher and a teacher, I believe there are important questions to be answered such as whether we need to return to former models of stockpiling more inventory, limiting our supply chains to include a smaller number of vendors and moving manufacturing back to the U.S. so that companies can exercise more direct control of their operations. 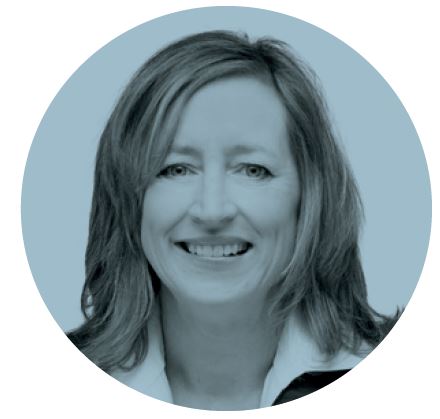 As some employees return to work and others stay remote, will there be two distinct ethical cultures that an organization needs to manage?

COVID-19 delivered a significant exogenous shock to our world. The impact was felt in many aspects of our daily life, not the least of which was changing the way in which we work. The number of employees who worked from home five days a week more than doubled, and two-thirds of the workforce was working at home for some portion of the week. The large numbers of people working from home raises a potential red flag: Will companies be able to maintain their ethical culture from a distance?

Ethical culture is one of the most significant influences on unethical behavior in organizations. One aspect of ethical culture is the formal systems that explicitly guide behavior, such as the policies on gift giving, training and sexual harassment reporting mandates. While important, their impact is trumped by the informal systems — systems that some have argued are almost 10 times more influential in promoting or mitigating unethical behavior.

Informal systems involve the intangible ways in which values are discussed and modeled, including in hallway conversations, the stories that are relayed and the behavior of those around you — and the informal reinforcement of those values through rewards for those who adhere to the values (i.e., inviting an employee to lunch or to a social gathering) and punishment for those who do not (such as ostracism, verbal bullying and exclusion).

The strength of the formal systems of ethical culture is likely unaffected by the dramatic increase in the number of remote workers unless the organization has undergone a substantial shift in their policies and programs. However, the informal systems have been substantially disrupted as the ability to informally communicate values and reinforce them requires interactions with others, which is certainly not occurring at near the rate it was pre-COVID-19.

For those companies with unethical cultures, it’s likely that the dampening of informal systems that reinforce such behaviors is a good thing as the
unethical values will be less likely to be transmitted. However, for ethical companies, the ethical future may not be as bright. Research is needed to identify potential new forms of informal systems that may be specific to remote workers and to determine whether, as some employees return to work and others stay remote, there will be two distinct ethical cultures that an organization needs to manage. 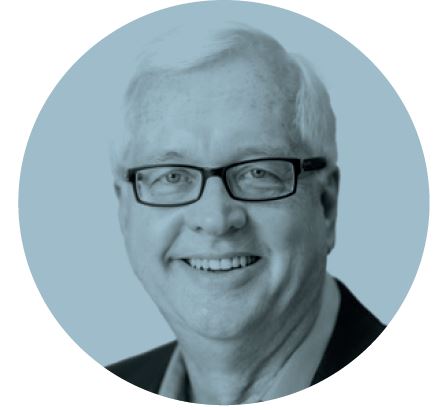 DIVERSITY AND RISK IN GLOBAL TRADE

COVID-19’s rapid spread around the world created a global shock for which the diversification strategy was less effective.

Much is now being written about the role of — and disruption within — global value chains (GVC) for exacerbating the economic slowdown of the United States. A GVC is where production is broken into activities and tasks carried out in different countries.

With international transport costs and policy-based barriers to international trade having declined dramatically over the past 70 years, cost-minimizing firms increasingly “sourced” inputs from around the world. This was especially the case with importing labor-intensive intermediate products available from countries with lower wage rates per worker — such as China — that were then incorporated into final goods produced in the United States. The dramatic growth in GVCs suggests that potential uncertainty about these foreign sources of inputs had essentially evaporated and caution about disruptions to U.S. final goods’ production seemingly had been thrown out the window!

However, future research should reconsider the components of uncertainty and the role of foreign sourcing in light of the global COVID-19 pandemic. As noted in a recent article by Antoine Gervais of Canada’s University of Sherbrooke, pre-2020 trade data show that U.S. firms tended to import identical components from an average of three sources around the world. They were already practicing the age-old finance concept of diversifying risk across various markets, assuming macroeconomic risks were imperfectly correlated across countries.

Such diversification worked well in the presence of a country-specific epidemic. However, a pandemic is another story; COVID-19’s rapid spread around the world created a global shock for which the diversification strategy was less effective.

Nevertheless, countries around the world did experience differing degrees of macroeconomic impact from the pandemic because of imperfectly correlated public policy responses. Consequently, going forward, firms in all countries need to structure their “input portfolios” to account for asynchronous national governments’ public policy response to risk and researchers should consider thisadditional source of risk diversification.

Before the coronavirus pandemic, many local newspapers in the U.S. were on the verge of filing for bankruptcy, as both subscription and ad revenues have steadily declined over the past two decades. It seems like the coronavirus pandemic was the last thing that the industry needed. New government regulations such as the stay-at-home order mandated many printing presses to shut down their operations until further notice.

All of this meant that the local newspapers could not rely on their most profitable print product anymore, but instead had to rely on the digital product to survive. Given the past inability of the newspapers to successfully monetize their digital channels, the industry experts were certain that more local newspapers would be forced into bankruptcy.

However, a year into the pandemic, to everyone’s surprise, local newspapers are reporting healthy finances. Readers seem to have finally learned the value of local news reported by professional journalists versus news reported in their newsfeed on Facebook, for example. Newspapers also seem to have learned from their past mistakes. Since the onset of the pandemic, publishers have been experimenting more with their digital news products. For instance, many have launched coronavirus pop-up newsletters, dropped paywalls on pandemic stories, invested in videos and live blogs, and increased their reader education and outreach initiatives.

All of these newsroom and marketing efforts seem to have paid off. Many local newspapers are now reporting a surge in online traffic, resulting in higher digital advertising revenues and digital subscriptions. Tribune Publishing, for instance, reported a 293% increase in new digital subscriptions soon after the pandemic. This included an increased conversion rate, from users hitting the paywall, of 109%. Similarly, in the third quarter, Gannett reported a 31.1% year-on-year increase in paid digital-only subscribers. Mather Economics, a leading consulting firm dedicated to improving newspaper finances, has recently reported increased retention rate for digital and print subscriptions.

One key question is whether 2020 has been a trend-setting year or an aberration. I’d like to think it is the former. Habits play a crucial role in forming our day-to-day preferences. The same applies to news consumption behavior too. In the pre-pandemic period, the biggest challenge for the local newspapers has been to get their readers to pay for real journalism. The pandemic seemed to have highlighted the essential role of local news in our communities, which has already paid off in terms of higher subscriber acquisition and retention. My prediction is this trend will continue well into the future.

In addition, the pandemic has helped newspapers realize that digital investments pay off — something many newspapers were yet to realize and believe in during the pre-pandemic period. The new realization will hopefully motivate newspapers to dedicate more resources toward social media and new digital initiatives. I also anticipate newspapers investing in their digital newsrooms more and leveraging analytics more to understand and tailor content to reader preferences.