Research: WHY THE EARLY BIRD GETS THE CLICKS

VAMSI KANURI DEVELOPED AN ALGORITHM THAT HELPS MEDIA ORGANIZATIONS OPTIMIZE THEIR SOCIAL MEDIA STRATEGY BASED ON THE TIME OF DAY.

The internet giveth and the internet taketh away. For journalism, the transition from print to digital has been particularly rocky. Newspapers lost their classified advertisements to Craigslist, their online advertisements to Facebook and Google, and their paying subscribers to free news websites like HuffPo, Buzzfeed and the Daily Beast. Declining revenue has prompted media companies to lay off journalists in round after round of job cuts.

But for all the journalism jobs the internet killed, it also created a few novel ones, foremost among them the position of social media manager. A decade ago, no such job existed; today, it’s one of the profession’s hottest fields. A social media manager is in charge of promoting a media organization’s stories on Facebook, Twitter, Instagram, Snapchat and other social media. Every time you see a tweet from The New York Times or CNN, you’re seeing something written and posted by a social media manager.

Because it’s such a new field, most social media managers decide when, where and how often to promote stories based on instinct and a few rules of thumb. But in an industry as competitive as journalism, where every click counts, social media managers have long sought ways to optimize their posting strategy. In 2016, the social media team at a major West Coast newspaper approached Vamsi Kanuri, assistant professor of marketing, in hopes that he could deliver just such a solution.

The social media managers had good reason to trust Kanuri. For his doctoral dissertation at the University of Missouri, Kanuri had developed an algorithm that optimized online subscription revenue for the same West Coast newspaper. In the months after the newspaper implemented the algorithm, its revenue shot up by more than $1 million. News of his success spread across the paper, attracting the interest of the social media team. Could Kanuri develop another algorithm to optimize the paper’s promotional efforts?

Kanuri jumped at the challenge. “Mathematically, it’s an incredibly complex problem,” he said. “If you divide the day into 15-minute time slots, there are billions of permutations one could schedule stories in. How do you do that with pen and paper?” Television networks have long wrestled with a similar problem — when to schedule shows to maximize viewership and advertising revenue — but social media managers are faced with an infinitely more difficult task because of the number of variables involved in every post.

To understand the scope of the task, Kanuri sat down with the paper’s social media team to discuss its daily routine. Every morning, he learned, one of the paper’s news editors gave the social media team a list of 10 to 15 stories they needed to promote that day. The team then drafted the text of the posts and worked out a schedule of when they would appear on Facebook. Then they spent the rest of the day tracking how well their posts performed, including how many people saw them, how many people clicked on the link, and how many people “liked,” shared and commented on the story. The number of people who see a given post is known as its “organic reach.” The more people who share a story, the greater its reach. The more people who click on the story, the more advertising revenue for the media organizations, which sell ads based on their number of views. 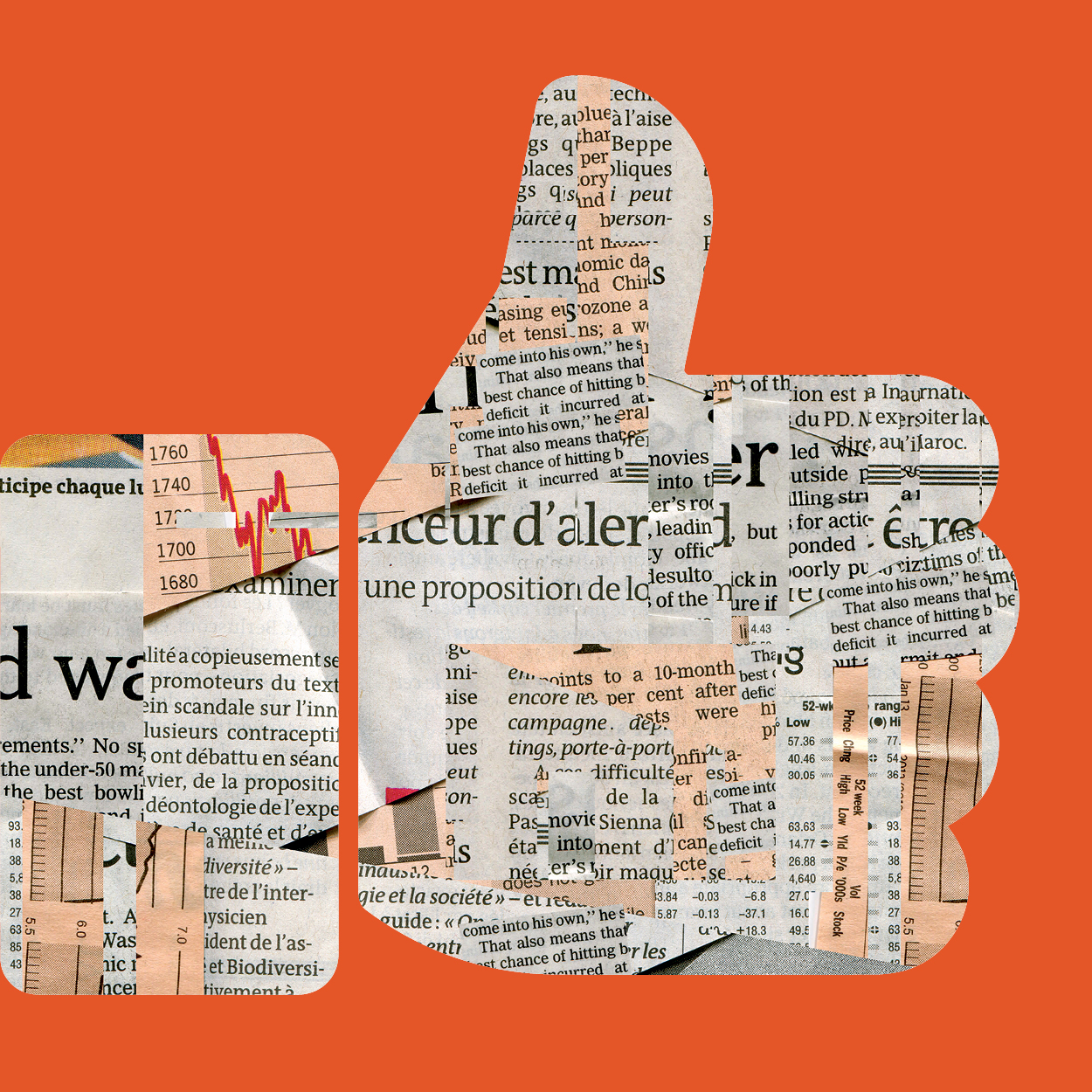 The team also provided Kanuri with a full year’s worth of data about how the paper’s Facebook posts had performed. Using that data, Kanuri and fellow researchers Shrihari Sridhar and Yixing Chen noticed a number of patterns. Morning posts consistently performed best, followed by evening posts and finally afternoon posts.

But not all types of posts performed equally well at those times. Using an automated text analysis tool, they determined that posts requiring a high level of cognitive engagement perform best in the afternoon, while those eliciting negative emotions (anger, fear, jealousy) performed better in the morning. (Posts eliciting positive emotions seemed to do about as well in the morning as the evening, all other things being equal.)

Based on those insights, Kanuri’s team developed an algorithm that determined the optimal way to schedule Facebook posts. “Timing is key because you have to put the content in front of your social media users in order to get any traction,” he explained. Posting all stories in the morning would be self-defeating — research has shown that too many posts overwhelm readers — so the algorithm must spread the stories throughout the day.

Another factor the algorithm had to consider is whether the newspaper should pay Facebook to promote certain posts, a practice known as targeted content advertising. Using such advertising can boost a story’s reach, but it’s often unclear whether that boost is big enough to justify its cost.

Kanuri tested the algorithm on a set of stories the newspaper posted to Facebook between December 21 and 30, 2015. He determined that scheduling the posts according to his algorithm would have increased the newspaper’s revenue by 8 to 10 percent.

“You should have been there when we presented these results to the social media manager and CEO,” Kanuri said. “Their jaws dropped. They could not believe the firm could increase its advertising revenue by simply rearranging their posting schedule.” The newspaper, whose name Kanuri agreed not to divulge as a condition of being given access to its data, is currently modifying the algorithm to incorporate some human decision-making but plans to implement it soon.

Of course, not all news posts can be scheduled in advance. When a celebrity dies, or a terrorist attack happens, media organizations typically rush out a Facebook or Twitter post as soon as possible. Kanuri’s algorithm accounts for such unexpected events by pushing back all other scheduled posts. And that isn’t the only variable — Facebook regularly tweaks its proprietary algorithm that determines which stories show up on people’s news feeds. But Kanuri’s algorithm is capable of adapting to such changes by observing their effects on a given post’s reach.

“If the algorithm realizes that Facebook is slowing certain stories down, it will re-adjust the schedule accordingly,” he said. “The company may have to make a few suboptimal posts because the algorithm has to learn, but then it will adapt.” Although the current algorithm only optimizes social media scheduling for Facebook, Kanuri is currently working on a similar program for Instagram. Twitter and Snapchat optimization algorithms may not be far behind.

Following the recent publication of his research in the Journal of Marketing, Kanuri has been contacted by several organizations hoping to use his algorithm to improve their own social media strategy. He would like to build a user-friendly software program he could sell to publishers, but hasn’t yet found the time.

For Kanuri, building optimization models that can solve real-world marketing problems is more gratifying than making money. “I’m always thinking about optimization,” he admitted. “There are so many interesting problems out there. I just wish there were more than 24 hours in a day.” 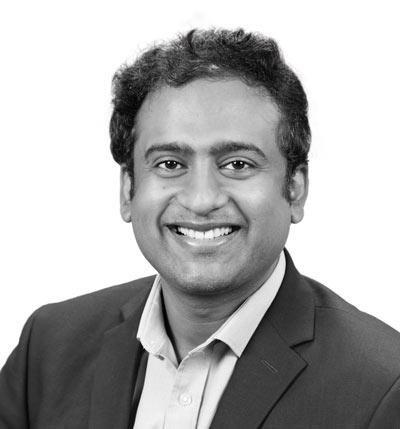 Vamsi Kanuri is an assistant professor of marketing. His research interests are in using econometric and optimization techniques to offer prescriptive insights into topical marketing challenges involving the effectiveness and deployment of marketing instruments.