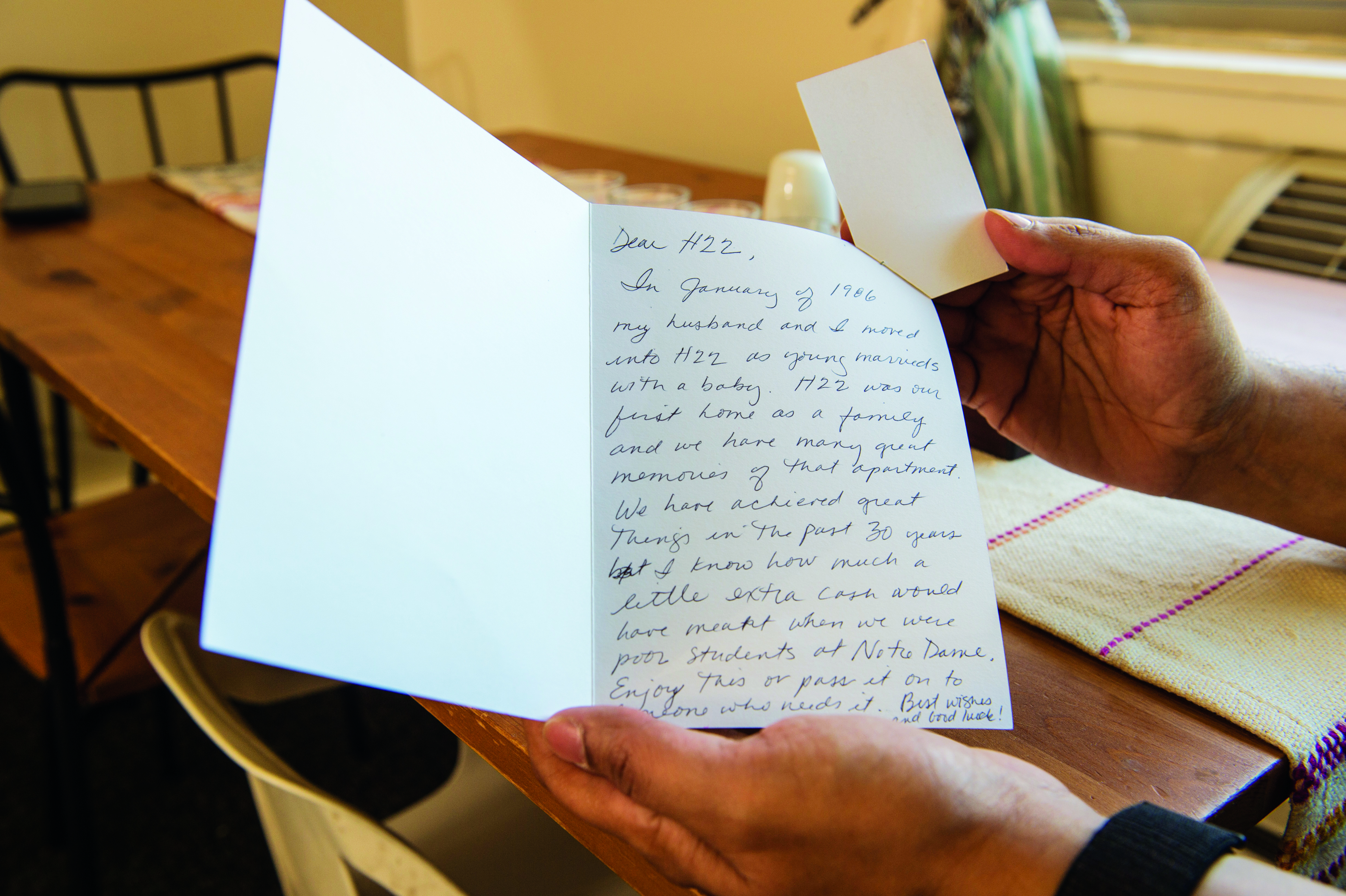 Vinod Krishnadas (MBA ’18) has many fond memories from the two years he and his young family lived in University Village graduate family housing while he completed his program. One that will always stand out began with a knock on the door of H22, the apartment he shared with his wife, Sejal, and son, Aryan.

The Krishnadas didn’t know the unexpected visitor who stopped by that cold January 2017 day with a card from someone in Minneapolis. Nor did they know the writer, who they learned had once lived in their apartment.

But it was as if the sender, who the Krishnadas were told wished to remain anonymous, knew exactly what they needed.

“Dear H22,” the note began. “In January of 1986, my husband and I moved into H22 as young marrieds with a baby. H22 was our first home as a family and we have many great memories of that apartment.”

“We have achieved great things in the past 30 years,” the note continued, “but I know how much a little extra cash would have meant when we were poor students at Notre Dame.” 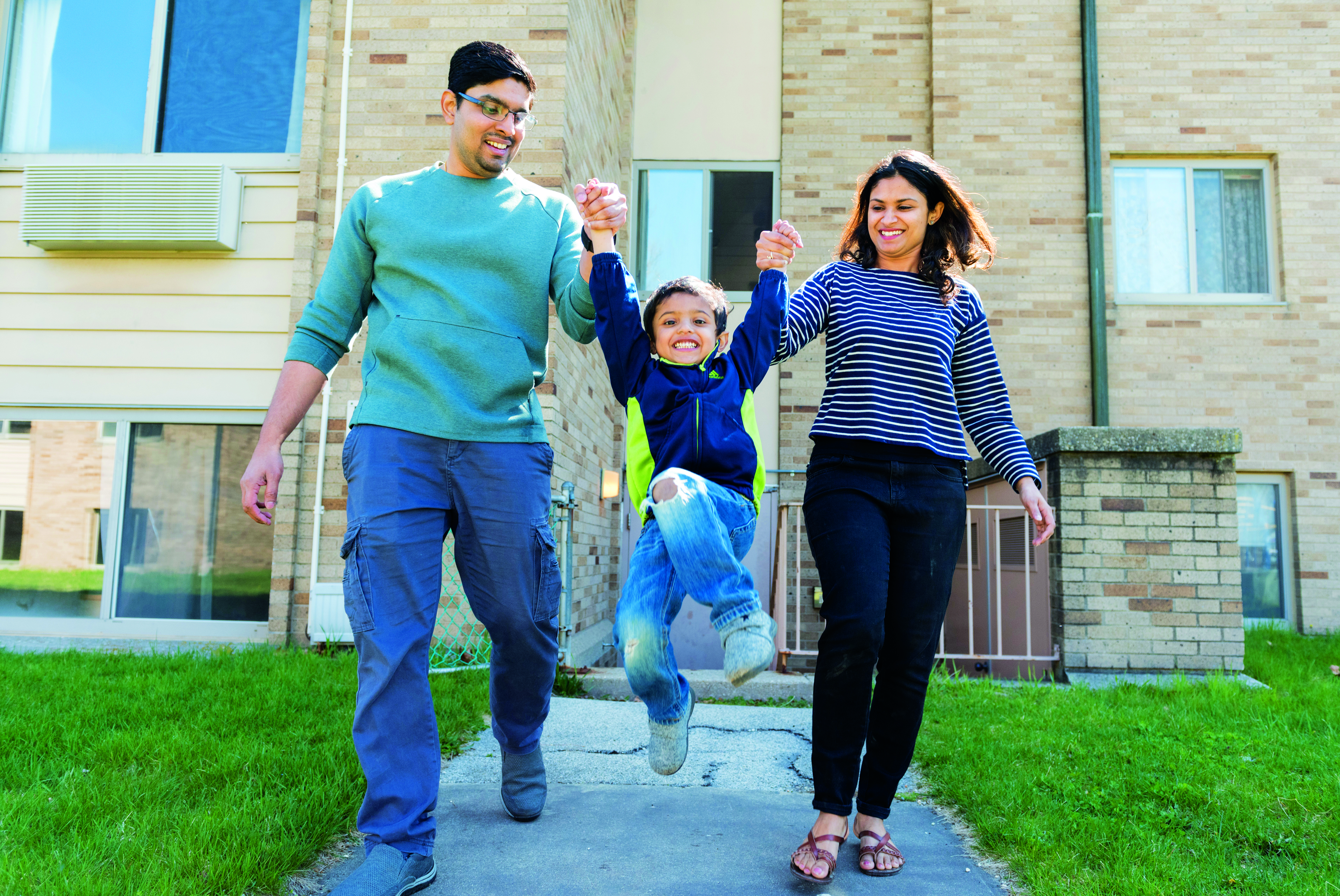 “The timing on this was perfect,” Krishnadas recalls, noting that he and Sejal had just been discussing their finances. His fall stipend had run out and they were still a few weeks out from receiving his next installment. “It really warmed my heart that someone would do this.”

For Krishnadas, who began an 18-month leadership rotation program with Thomson Reuters in New York after graduation, the note and gift were a glimpse into what it means to be part of the Notre Dame family. He was able to send off a thank you to the anonymous couple via the person who delivered the note and says he plans to pass it on. “We still remember how magical it felt when we got the envelope and opened it up,” he said.