A LITTLE BIT OF A LEGACY

What can you say about a twenty-five-year-old girl who died?
(Opening line to Love Story by Erich Segal)

Twenty-six-year-olds are not supposed to die. Not when they are athletic and health conscious, not when their career is just taking off. Not when they are newly engaged, and just bought a house. When they have a large and loving family, and all the right things seem to be coming together for a wonderful life.

But they do. And there seems to be no good way to write about a young woman who passed away at age 26. Except to find some hope in the determination of the many who loved Laura Szejka Zimmer (ACCT ’11) to honor her death by bringing light to others in her name.

If you were in Chicago’s Millennium Park on July 28, 2018, you might have noticed someone handing out sunflowers to the strangers milling around the iconic Bean.

This small act of kindness was just one of many done that day to honor Laura Zimmer, a vivacious woman who loved sunflowers and was known for leaving “a little bit of Laura” wherever she went.

Her memorial fund, “A Little Bit of Laura,” continues to support random acts of kindness. Last year on what would have been her 28th birthday, family and friends all over the country remembered their dear one and offered kindnesses where they saw fit. It’s now becoming a tradition.

Laura was good at everything she tried — academics, orchestra, baseball, basketball. Well, except for tidiness. She owned up to that flaw, though, in of all places, her college admission essay. She called it, “A Little Bit of Laura,” and looked at why she left something of hers in her trail — a jacket or sock, a book, a musical instrument — whenever she left a room.

She was leaving a little bit of herself behind to say she was there, she decided. “She was a messy and challenging child and kept us on our toes,” her mother, Caryn, says. “She was feisty and headstrong and could argue you into anything. And she was a joy.”

Perhaps the summer of 2015 found Laura at her most joyful. Working as a forensic accountant for Deloitte in Chicago, she was newly engaged to David Zimmer (ND ’11) and in the happy throes of planning a July 2016 wedding. David had followed in his father’s footsteps, becoming a veterinarian before deciding that his true calling was human medicine. When he was accepted into medical school at the Indiana University School of Medicine-South Bend, Laura found a position at Crowe Horwath in South Bend. They bought a cozy little house, and all was right with the world.

If Laura didn’t feel a hundred percent physically, it was easy to brush it aside. She’d feel better once her life was settled back into a routine. Her symptoms — some abdominal discomfort and fatigue — were pretty generalized. It was probably nothing.

That’s what the doctors thought at first, too. When the symptoms persisted, however, they ordered tests. An ultrasound on an early October day, followed swiftly by a CT scan, revealed an extremely aggressive colon cancer. The diagnosis was devastating. In fact, it seemed preposterous, coming on the heels of such a buoyant, albeit stressful, time. But there it was.

“It was a huge punch in the gut,” David says of the news. “We were faced with a split in the road where we could be very upset or we could lean on our faith, and lean on each other, and have hope,” he says. “We chose that route. I think it saved us early on.

And so it was that faith, hope and Laura’s determination that carried them through the road ahead. At the Mayo Clinic, the doctor told them that any treatments he could offer were long shots. Her mother remembers the moment. “He told her how rare this cancer was — so, so, incredibly rare,” Caryn says. “And she turned to me and said, ‘See, Mom. I told you I was one in a million.’ I would have been happy right then to settle for less.”

Laura began chemotherapy immediately. The couple moved up their wedding to take place after her first round of treatment. They married on Nov. 1, 2015, in a small and special ceremony with their families in attendance. When their original wedding date rolled around the following July, they thought, they would celebrate with a big old party.

What followed were 10 months of intense treatment — different courses of chemotherapy to beat back the cancer, procedures to relieve complications and obstructions. Nausea. Fatigue. Pain. David describes Laura as having the “humility” to allow him to carry her when she could no longer walk. A rotating group of guests came to stay in the little house with them, including Laura’s best friends from McGlinn Hall who were now scattered around the country.

Through it all, Laura was amazingly strong, says Caryn. “She was so sure our prayers would be answered,” says David, “Laura wasn’t very interested in talking about dying. She didn’t want to think about where she would be buried, or what her headstone would say.”

One day, he reminded her of something they had talked about a long time before — the pie-in-the-sky idea of having money to give out wherever you saw fit, no red tape. “We talked about setting up a fund centered around doing little acts of kindness,” he remembers. “Laura loved that idea. She thought every time we did something it would be a good feeling, thinking about Laura. But also it would be a good feeling for someone else.”

And so it has been.

In 2018, thanks to a story in the local paper and to postcards designed by a family friend that explained the good deed, even strangers joined in to commemorate “A Little Bit of Laura.” by paying forward kindness.

People have been treated to coffee, ice cream, breakfast, pizza. One hundred sunflowers — Laura’s favorite — were handed out at the Bean in Chicago’s Millennium Park. At Advocate Hospital in the Chicago neighborhood of Lakeview, oncology staff and patients were treated to lunch from Pot Belly’s. 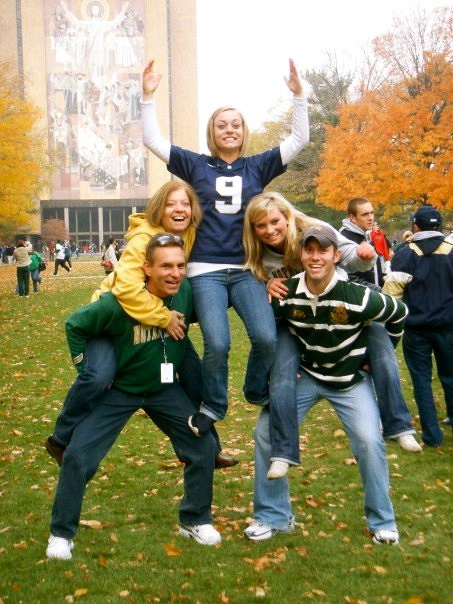 One person paid off an expensive veterinary bill for the dogs and cats of a wounded veteran; another made a donation to PAWS animal shelter. Many friends donated blood, collected school supplies and distributed gift cards in front of food stores. In Indiana, a women’s shelter was the recipient of a new, fully stocked deep freezer, thanks to Laura’s extended family, who also brought food to Project Help, a Chicago food pantry.

A friend handed out cash and “A Little Bit of Laura” postcards to families with young children at the farmer’s market in the Szejkas’ hometown. Later, one family was overheard explaining the interaction to their children and planning what they would do to honor her memory.

The best-known line from Love Story is “Love means never having to say you’re sorry.” That’s a difficult coda to attach to Laura’s story, when her death still causes her mom’s voice to crack with grief. There is so much to be sorry for: that this happened to this young woman, this couple, this family, this community... and on it goes. But as they all find ways to give back and move on; they slowly transform the sorrow into remembrance. As Laura put it, she left a trail, just to say she was here.